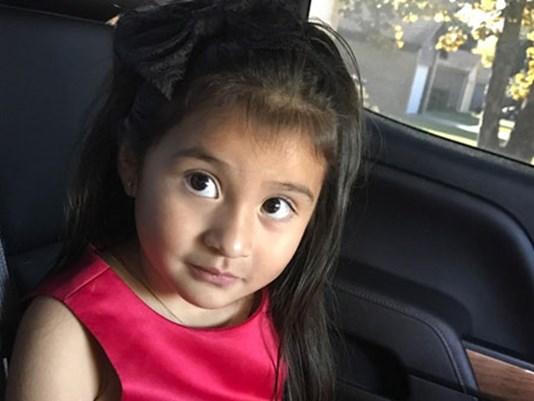 HARRIS COUNTY, Texas – Three suspects have been charged with capital murder for the shooting death of a 4-year-old girl, reports CBS affiliate KHOU.

Police say the victim, Ava Castillo, and her 10-year-old sister were helping their mom, 27-year-old Diana Gomez, unload groceries on Nov. 14, when the suspects ambushed them and tried to grab Gomez’s purse. The alleged robbers fired several shots at Gomez and one of the bullets hit Ava, who was in her mother’s arms, according to police.

Gomez was hit seven times, and Betzida, the 10-year-old daughter, was also struck at least once. They have both since been released from the hospital.

Battle has also been charged with capital murder in the Nov. 7 shooting of Ignacio Ortega, who was killed during an apparent robbery.

Julie Gomez, the sister of Diana Gomez, told the station after the shooting the woman tried to protect the girls by putting them behind her when she saw the gun. She said her sister couldn’t stop crying over the death of her young daughter.

“My sister is at a loss for words. She’s in shock. She’s in disbelief,” Julie Gomez told the station.