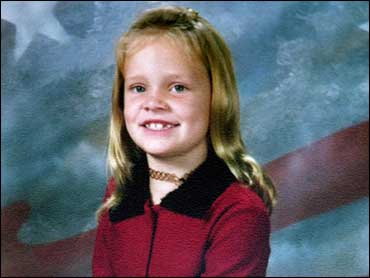 An autopsy confirmed Thursday that the body of a child found by a rural roadside is that of 7-year-old Danielle van Dam, who allegedly was abducted from her San Diego home nearly a month ago.

Based upon a comparison between the missing girl's dental records and X-rays taken from the body, "the identification of Danielle van Dam was made certain," San Diego County District Attorney Paul Pfingst said Thursday.

The cause or time of death could not immediately be determined, and authorities said there was a chance they may never know due the body's state of decomposition. Further examinations were underway.

Police Chief David Bejarano informed Danielle's parents, Brenda and Damon van Dam, of the confirmation shortly before it was announced publicly. The couple did not speak with reporters Thursday.

"They mentioned that Danielle's in good hands now," said Bejarano, who called it one of the most difficult notifications he has ever made. "There's a lot of tears and a lot of anger at dealing with the loss of their daughter."

Both the police chief and the district attorney thanked the volunteers whose unflagging efforts helped find Danielle's body Wednesday in a remote area 25 miles east of San Diego. Searchers covered a vast search area that stretched from the ocean to the desert.

"It has been one of the most extraordinary things I have seen in my years of law enforcement," Pfingst said. "They found that needle in a haystack."

Danielle disappeared after her father put her to bed Feb. 1 in her family's north San Diego home. She was discovered missing the next morning.

A methodical search for her involving thousands of volunteers stretched from Mexico to the desert east of San Diego.

The discovery came a day after 50-year-old David Westerfield, a neighbor of the Van Dams, was arraigned on murder and kidnapping charges.

At the time of his arrest police said DNA evidence found in Westerfield's motor home and in the missing girl's bedroom linked him to the crime. On the same day that Danielle disappeared, Westerfield had driven away in his motor home, returning three days later to find police waiting to search his house.

Police searched Westerfield's home and examined three of his vehicles. In warrants, police said they were looking for child pornography, children's pajamas or clothing and a set of Mickey Mouse earrings. Police also sought any "binding materials" such as tape or rope, leather or rope collars.

Westerfield, a twice-divorced father of two grown children, has said he was at the same bar where Brenda van Dam spent time with friends the night Danielle disappeared.

Van Dam's husband was home with their daughter and two sons.

Damon and Brenda van Dam had thanked volunteers Thursday, but left a real estate office that served as a base of the searches without speaking to reporters.

"Brenda said today that love conquers evil," said the Rev. Joseph Acton, who has been counseling the family. He described the couple as devastated.

"As unlikely as it was, everybody was still harboring some hope that she was still alive," said Jane Hurst, who lives near the van Dams. "Now that's gone, and at least we can start dealing with that."

A memorial to Danielle was posted Thursday on a Web site dedicated to her recovery. A message on the site quoted singer Sarah McLachlan: "You're in the arms of the angel. May you find some comfort there."