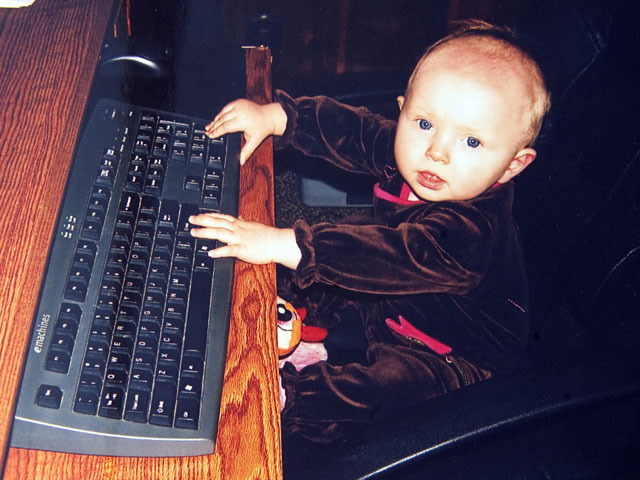 (CBS/AP) KANSAS CITY, Mo. - Dozens of emergency workers began searching a well under the deck of a vacant home in Kansas City on Tuesday, just five blocks from the house where a 10-month-old baby vanished a week ago.

Crews were massed on and around the backyard deck late Tuesday morning, and members donned harnesses as they apparently readied to descend down the hole. The width and depth of the well were not immediately clear.

The well was discovered during a law enforcement canvass of the area, not a tip, said Capt. Steve Young, spokesman for the Kansas City Police Department. A neighbor said the single-story house had been abandoned for about four years.

Lisa Irwin's parents, Jeremy Irwin and Deborah Bradley, reported their daughter missing after Jeremy Irwin returned home from work a week ago Tuesday. Her parents said someone must have crept into their home while the child's mother and brothers slept and snatched the girl.

Investigators said Tuesday they have no suspects in the case.

The search of the property came a day after a court ordered Kansas City television stations to submit all footage of interviews with friends and family of the girl.

Jim Roberts, a spokesman for the Clay County prosecutor's office, said the subpoenas were needed to prevent broadcasters from destroying video they might otherwise discard, in case there's a need for the material later.

R. Michael Cassidy, a professor at Boston College Law School, said there could be several reasons for seeking the footage. He said investigators may want the footage to find inconsistencies in parents' accounts of the events surrounding their daughter's disappearance.

"It could mean that they have one or both of the parents as suspects, and they are developing evidence of everything they said in the past and prior to the arrest," Cassidy said Tuesday. "To show that someone's story has shifted over time can also be very damning."

Neither parent has been named as a suspect, but Bradley has said police told her she failed a lie detector test.