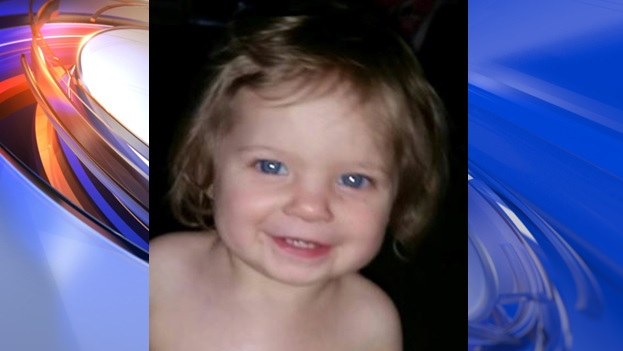 SPENCER, Ind. -- Authorities in Indiana are searching for a 1-year-old girl who was last seen Tuesday night, according to CBS affiliate WTTV.

Investigators say Shaylyn Ammerman was last seen at her father's home in Spencer, located northwest of Bloomington. The investigation expanded Thursday as more agencies joined the search for the missing Owen County girl, according to state police.

Shaylyn's father, Justin Ammerman, told police his mother put the child down for bed just before midnight Tuesday, according to the station. Ammerman says when he woke up the next morning, his daughter was gone.

The girl's mother, Jessica Stewart, reportedly claimed that Ammerman was having a party Tuesday night.

Ammerman and his mother denied that allegation. Ammerman said he believes someone came through the front door and kidnapped Shaylyn, according to WTTV.

"Either somebody has a really, really big grudge over us or something, because I don't see anybody in this town ever doing something like this," Ammerman told the station.

Shaylyn travels back and forth between their homes each week, according to Stewart.

The 1-year-old was reported missing 9 a.m. Wednesday. Several persons of interest were identified and interviewed, with multiple search warrants being served in connection with the case, according to WTTV.

Shaylyn is reportedly 20 pounds with blonde hair and blue eyes and was last seen wearing a white onesie with owls on it and a purple pacifier clipped on. She also had a blue and white Winnie the Pooh blanket, according to the station.

A helicopter was reportedly used in the search, along with K-9 units and boats on White River.

A search and rescue team from another county is planning to aid in the search with dogs, according to a state police official. Investigators are asking the public for any help in the case.

If anyone has information on Shaylyn's whereabouts, they should call Spencer Police at 812-829-3932.