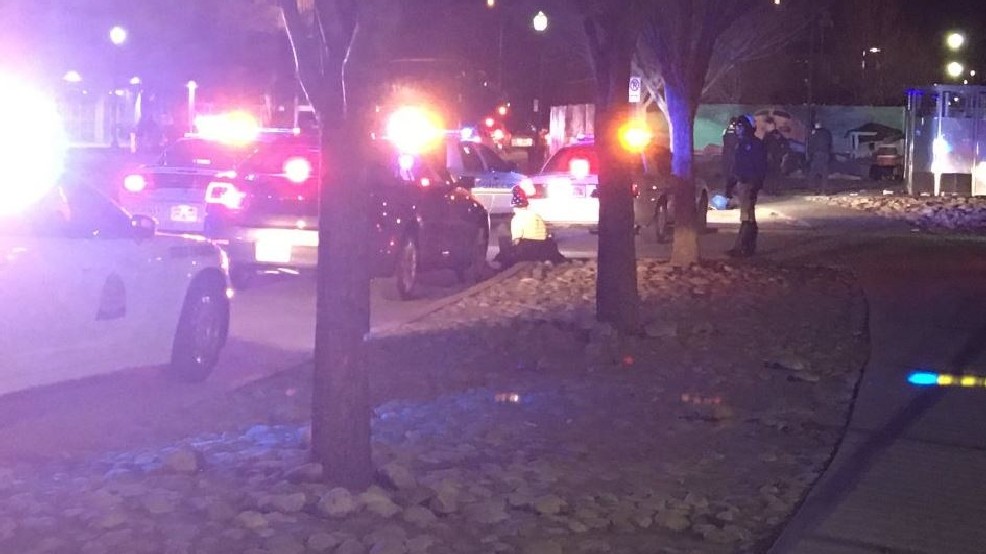 The male shot by two Salt Lake City Police officers was in critical condition at a local hospital Sunday morning after being struck twice in the torso, according to Det. Ken Hansen with the Unified Police Department, which is investigating the shooting. Hansen did not have details about the male's identity or age, but a bystander told The Salt Lake Tribune and Deseret News that the male was a teenager.

Hansen said the shooting occurred when two Salt Lake City officers were called around 8 p.m. to break up a fight near a downtown homeless shelter that sits next to a shopping mall and movie theater.

One or both of the police officers then shot the male, hitting him in the upper and lower torso, Hansen said.

He did not have details about the identity of the other person involved in the fight, what prompted the dispute or whether anyone else was injured.

"There's still a lot to go through," Hansen said.

Police are not releasing the identity of the officers, he said.

Bystander Selam Mohammad told The Salt Lake Tribune and Deseret News that his teenage friend was shot by police.

Mohammad told the newspapers that his friend was holding the broomstick at his side when officers arrived and that police shot him as he turned around.

"He barely even turned around, then boom, boom, boom -- and he just dropped," Mohammad told the Deseret News.

When asked about that account, Hansen said he did not have details to confirm or deny that information. Hansen had no information about how many shots were fired or how far away the male with the broomstick was from police when they pulled their guns. He did not know the size of the broomstick or whether it was sharpened. He also did not know whether the male had a gun, knife or any other weapon on him at the time.

After the shooting, bystanders began yelling obscenities and throwing rocks and bottles at police, who called in about 100 officers to help.

"Our officers arriving on scene encountered a lot of hostile people upset about what had taken place," Wilking told The Deseret News.

"We're locking down the area, barricading off streets and having a strong officer presence in the area," Wilking told the newspaper Saturday night.

He said some people were detained and witnesses were being interviewed at a police headquarters Saturday night.

"There were pockets of that disturbance for hours," Hansen said Sunday.

He said the protesters throwing rocks and bottles were people hanging out near the shelter. He didn't know if they were homeless, but he said they were not customers of the nearby shopping center. Hansen said the area was relatively busy, with people visiting the shopping center and restaurants and others hanging out near the shelter and homeless facilities.