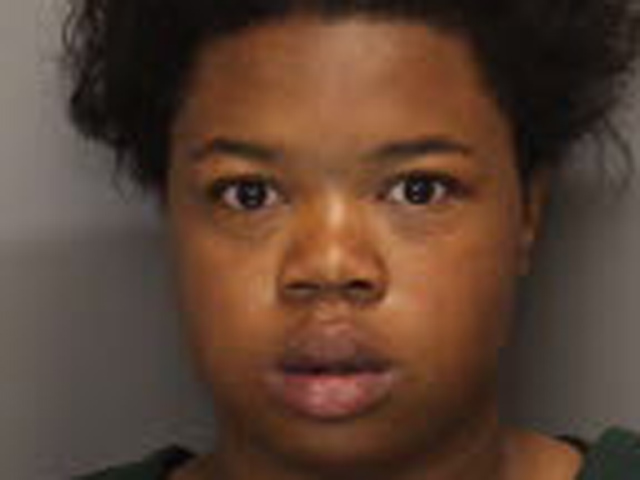 (CBS/AP) KENNESAW, Ga. - A bus driver who was stabbed in the face with a pen while trying to resolve a dispute with a passenger has been suspended, a county spokesperson said.

The Atlanta Journal-Constitution reports Cobb County spokeswoman AikWah Leow said the driver, Damian Haney, 39, was suspended with pay for not following protocol during the altercation that led to his Monday afternoon stabbing.

Leow says that instead of getting involved when suspect Taniesha Nicole Twyne allegedly got into an argument over a cell phone with another passenger, the driver should have stayed in his seat and called dispatch, which would have called 911.

Police say Twyne grabbed a pen from the driver's pocket and stabbed him several times in the face. The incident happened shortly after 3 p.m. police say.

Police said Twyne first pulled out a knife when Haney intervened. Other passengers reportedly took the knife from her, and the suspect then allegedly took a pen from Haney's shirt pocket and stabbed him with it.

Twyne was subdued and held until police arrived and took her into custody. Haney was treated at Wellstar Kennestone Hospital in Marietta and released.

The Marietta Daily Journal reports Twyne is now charged with felony unlawful attempt to remove a firearm, in addition to felony aggravated assault and misdemeanor theft by conversion, which stems from the initial argument over the cell phone.

Authorities say the driver was suspended by Lombard, Ill.-based Veolia Transportation, which provides drivers for the Cobb County system.

A spokesperson for Veolia told the Associated Press Thursday morning the company was still investigating.