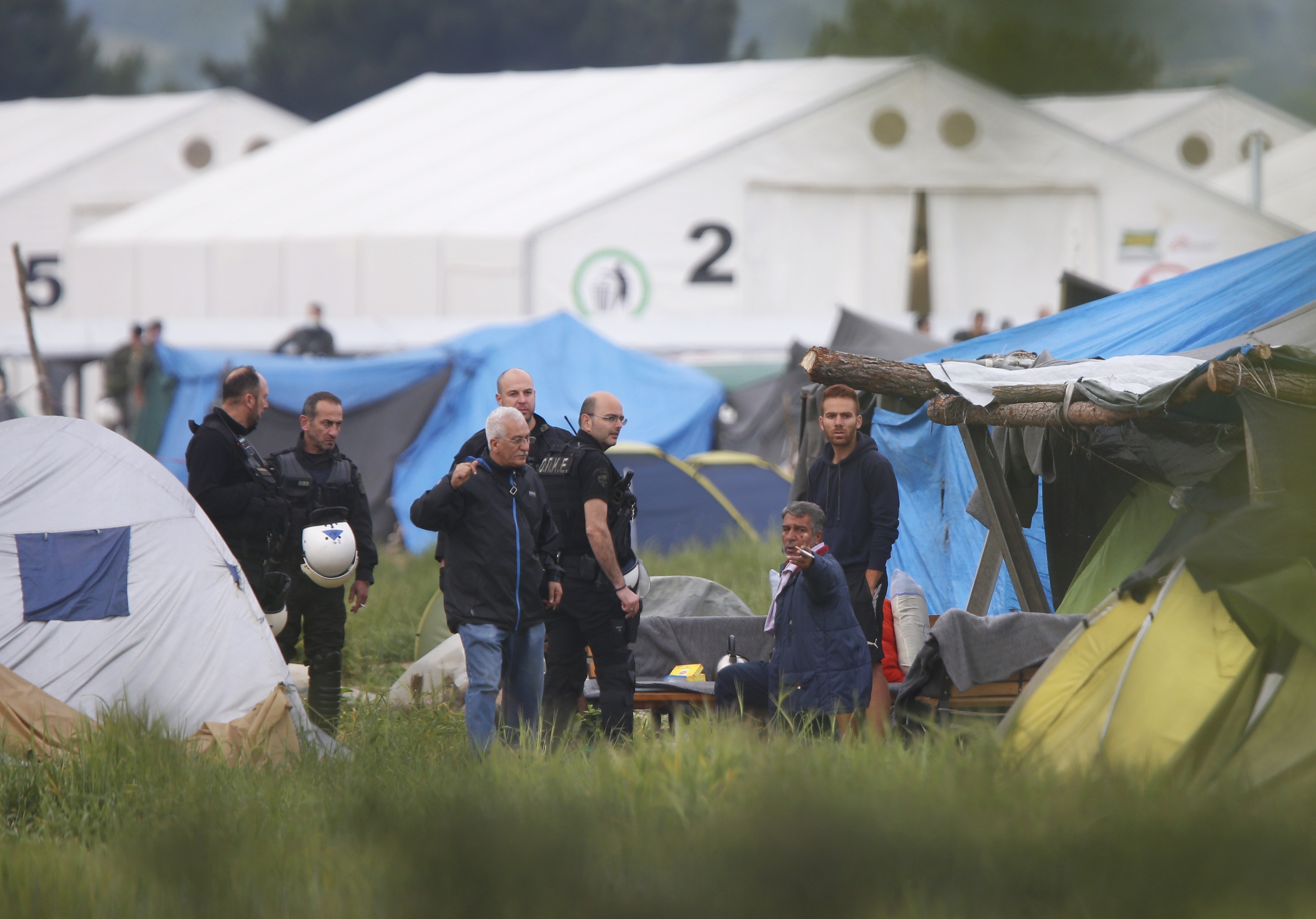 IDOMENI, Greece -- Greek authorities began an operation at dawn Tuesday to gradually evacuate the country's largest informal refugee camp of Idomeni, on the Macedonian border, blocking access to the area and sending in more than 400 riot police.

The government's spokesman for the refugee crisis, Giorgos Kyritsis, said Monday that police would not use force, and that the operation was expected to last about a week to 10 days.

The camp, which sprung up at an informal pedestrian border crossing for refugees and migrants heading north to Europe, is home to an estimated 8,400 people - including hundreds of children - mostly from Syria, Afghanistan and Iraq. At its peak, when Macedonia shut its border in March, it housed more than 14,000, but the numbers have declined as people realized the border was shut and began accepting authorities' offers of alternative places to stay.

In Idomeni, most have been living in small camping tents pitched in fields and along railroad tracks, while aid agencies have set up large marquee-style tents to help house people. Greek authorities have been sending in cleaning crews regularly and have provided portable toilets, but conditions have been precarious at best, with heavy rain creating muddy ponds.

In recent weeks, the camp had begun taking on an image of semi-permanence, with refugees setting up small makeshift shops selling everything from cooking utensils to falafel and bread.

Police and government authorities say the residents will be moved to newly completed official camps.

More than 54,000 refugees and migrants have been trapped in financially struggling Greece since Balkan and European countries shut their land borders to a massive flow of people escaping war and poverty at home. Nearly a million people have passed through Greece, the vast majority arriving on islands from the nearby Turkish coast.

In March, the European Union reached an agreement with Turkey meant to stem the flow and reduce the number of people undertaking the short but perilous sea crossing to Greece, where many have died after their overcrowded, unseaworthy boats sank. Under the deal, anyone arriving clandestinely on Greek islands from the Turkish coast after March 18 faces deportation back to Turkey unless they successfully apply for asylum in Greece.

But few want to request asylum in the country, which has been struggling with a six-year deep financial crisis that has left unemployment hovering at around 24 percent.

Journalists were barred from the camp during the evacuation operation, stopped at a police roadblock a few miles away. Twenty buses carrying various riot police units were seen heading to the area while a police helicopter observed from above. An estimated 700 police were participating in the operation.

Greek authorities are also eager to re-open a railway line - the country's main freight train line to the Balkans - that runs through the camp and has been blocked by protesting camp residents since March 20.

The government has been trying to persuade people staying in Idomeni to leave the area and head to organized camps. This week it said its campaign of voluntary evacuations was already working, with police reporting that eight buses carrying about 400 people left Idomeni Sunday. Others took taxis heading to the country's main northern city of Thessaloniki or a nearby town of Polycastro.

On the eve of the evacuation operation, few at the camp appeared to welcome the news.

"It's much better here than in the camps. That's what everybody who's been there said," Hind Al Mkawi, a 38-year-old refugee from Damascus, told The Associated Press on Monday evening.

"I've heard (of the pending evacuation) too. It's not good ... because we've already been here for three months and we'll have to spend at least another six in the camps before relocation. It's a long time. We don't have money or work - what will we do?"

Abdo Rajab, a 22-year-old refugee from Raqqa in Syria, has spent the past three months in Idomeni, and is now considering paying smugglers to be taken to Germany clandestinely.

"We hear that tomorrow we will all go to camps," he said. "I don't mind, but my aim is not reach the camps but to go Germany."