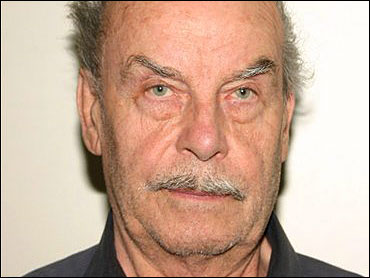 In a stunning turn of events, an Austrian on trial for imprisoning his daughter in a dungeon for 24 years and fathering her seven children pleaded guilty Wednesday to all charges against him - including homicide for the death of one of the captive youngsters.

Saying he had a change of heart, Josef Fritzl calmly acknowledged his guilt on the third day of a trial that has drawn media attention from around the world for its shocking allegations.

"I declare myself guilty to the charges in the indictment," Fritzl, 73, told a panel of judges, referring at one point to what he called "my sick behavior."

Meanwhile, a source close to the trial told The Associated Press that Fritzl's daughter Elisabeth was in court during closed-door sessions Monday and Tuesday. The source spoke on condition of anonymity because he was not authorized to discuss the closed-door proceedings.

Fritzl faces up to life imprisonment on the homicide count, which he initially had contested along with an enslavement charge. Prosecutors also had charged him with rape, forced imprisonment and coercion.

Officials had said earlier that verdicts in the trial could come as early as Thursday. It was not immediately clear whether Fritzl's guilty pleas to all of the counts would speed up that process.

Wearing a mismatched suit and a blue shirt, Fritzl did not hide his face behind a binder as he had done for the last two days when led into the courtroom in St. Poelten, west of Vienna.

On Tuesday, jurors, Fritzl and the rest of the court had viewed videotaped testimony from his daughter Elisabeth, the key witness against Fritzl. Now 42, she was 18 when he allegedly imprisoned her in the cramped, windowless cell he built beneath the family's home in the town of Amstetten.

Fritzl had been charged with homicide in the death of an infant - a male twin born to Elisabeth in April 1996 - who prosecutors say might have survived with proper medical care had he and his mother not been locked in the basement.

Police say DNA tests prove Fritzl is the biological father of all six of Elisabeth's surviving children, three of whom never saw daylight until the crime came to light 11 months ago.

Three of the children grew up underground in Amstetten and the other three were brought upstairs to be raised by Fritzl and his wife, Rosemarie, who apparently believed they had been abandoned.

Elisabeth and her six surviving children, who range in age from 6 to 20, have spent months recovering from their ordeal in a psychiatric clinic and at a secret location.

The Associated Press normally withholds the names of victims of sexual assault. In this case, the withholding of Elisabeth's name by the AP became impractical when her name and her father's were announced publicly by police and details about them became the subject of publicity both in their home country and around the world.