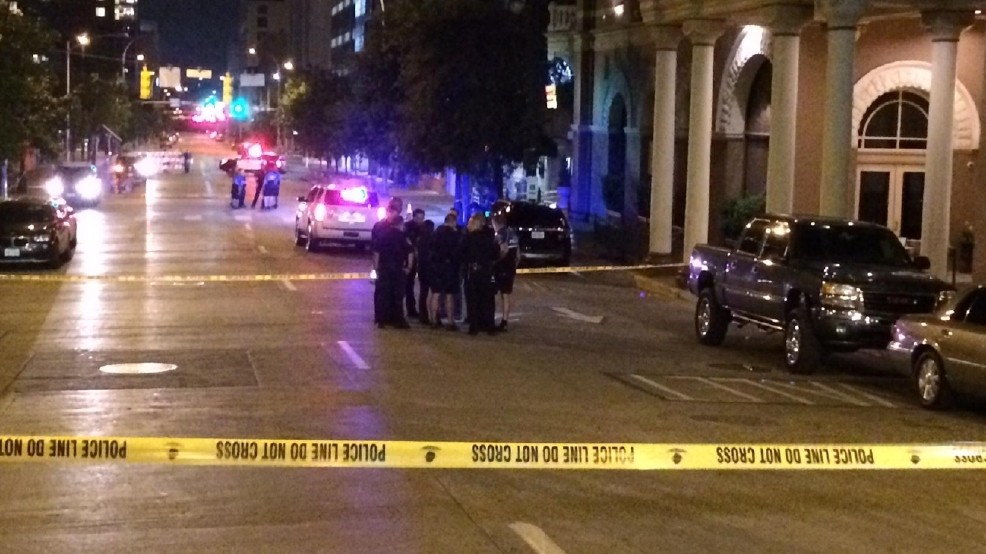 AUSTIN, Texas - A man shot into a crowd in downtown Austin just after the bars closed, killing one woman and wounding at least four others.

The shooter is still on the loose, reports CBS affiliate KEYE-TV in Austin.

The shooting in a crowded entertainment district of the Texas capital early Sunday set off a chaotic scene, leaving one woman who was believed to be in her 20s dead and three others wounded and police searching for a suspect.

Manley says a suspect began firing into the crowd after an initial disturbance.

He said a woman was pronounced dead at the scene, and three other women were taken to University Medical Center Brackenridge with gunshot wounds. Officials described those transported to the hospital as serious, but said their wounds were not considered life-threatening.

Manley said another victim declined to be transported to the hospital.

"It was a very chaotic scene," Manley said. "A lot of people running in different directions with all the gunshots coming out."

He said officials are trying to determine who the suspects are, and he didn't rule out that a suspect might be one of the people transported to the hospital.

"We have multiple individuals, witnesses, that we are currently interviewing," Manley said. "We had one individual who was initially noted as a person of interest, however that person's status at this point is undetermined."

Manley said because of the large crowd presence, police were getting descriptions of a suspect from witnesses. However, he said the descriptions were consistent, to an extent, but not all the same.

Police originally reported an active shooter scene in the area, but Manley said two separate incidents caused the confusion. He said there was another confrontation in a nearby parking garage and that a shot was fired there. A man was transported to the hospital after that confrontation, but his condition was not immediately known.