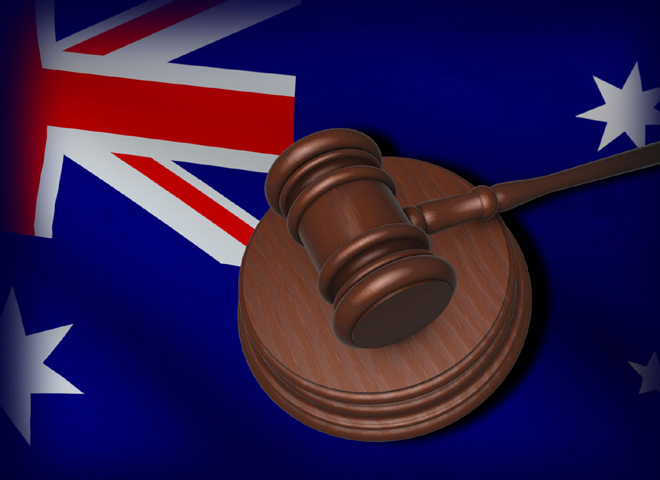 CANBERRA, Australia An Australian court has ruled that a bureaucrat who was injured while having sex on a business trip is eligible for worker's compensation benefits.

The Full Bench of the Federal Court ruled Dec. 13 in favor of the woman, who cannot be identified for legal reasons, and rejecting the appeal of the federal government's insurer.

The woman was hospitalized after being injured in 2007 during sex with a male friend while staying in a motel in the town of Nowra, 100 miles south of her hometown of Sydney.

During the sex, a glass light fitting was torn from its mount above the bed and landed on her face, injuring her nose and mouth.

She later suffered depression and was unable to continue working for the government.

Her claim for worker's compensation for her physical and psychological injuries was initially approved by government insurer Comcare, then rejected after further investigation.

An administrative tribunal agreed with Comcare that her injuries were not suffered in the course of her employment, saying the government had not induced or encouraged the woman's sexual conduct. The tribunal also found the sex was "not an ordinary incident of an overnight stay" such as showering, sleeping and eating.

That ruling was overturned in the Federal Court in 2012, when Judge John Nicholas rejected the tribunal's findings that the sex had to be condoned by the government if she were to qualify for compensation.

"If the applicant had been injured while playing a game of cards in her motel room, she would be entitled to compensation even though it could not be said that her employer induced her to engage in such activity," Nicholas wrote in his judgment in favor of the woman receiving compensation.

In the Full Bench decision upholding Nicholas' decision, Judges Patrick Keane, Robert Buchanan and Mordy Bromberg agreed last week that the government's views on the woman having sex in her motel room were irrelevant.

"No approval, express or implied, of the respondent's conduct was required," they said.

It is not yet clear how much compensation the woman will receive. She was in her 30s at the time of the accident.

"The issue is a significant one," Street said in a statement. "Workers need to be clear about their entitlements and employers should have an understanding of their responsibilities and how to support their staff."