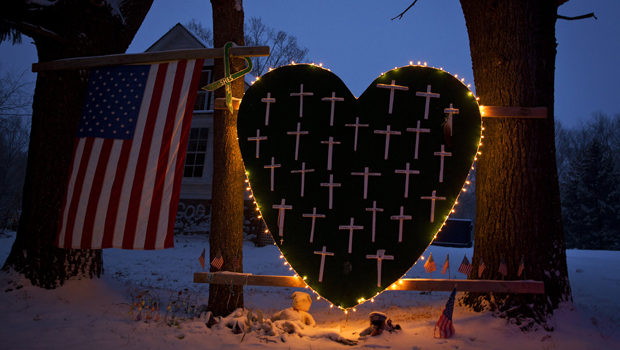 HARTFORD, Conn. - Connecticut's attorney general says his office and his counterpart in Tennessee are investigating a charity that raised money it said would go to those affected by last year's school shooting in Newtown.

Attorney General George Jepsen wrote a letter Monday to Tennessee Attorney General Robert Cooper Jr. about the 26.4.26 Foundation and its co-founder, Robbie Bruce. The Associated Press obtained a copy of the letter.

Ryan Graney, another co-founder of the foundation, told the AP last week that Bruce has been unable to account for more than $70,000 in foundation money. She filed complaints with the FBI and the Tennessee attorney general's office.

In his letter, Jepsen offers assistance in the Tennessee investigation and says he also is seeking contact information for Bruce.

Graney had said earlier that only $30,000 of the $103,000 taken in by the 26.4.26 Foundation was used for the organization's purpose. That money was presented last January by Bruce to the nonprofit NYA, a youth sports center in Newtown, where the December 2012 shooting occurred.

The idea behind the 26.4.26 Foundation was for runners to participate in marathons, raising money for each of the 26 miles they ran and dedicating each mile to one of the 26 victims of the school shooting - 20 children and six educators. The fundraising effort was featured in Runner's World magazine and was the subject of several local news stories.

The group held its first marathon in Nashville a week after the shooting, with more than 1,000 participants. Another was held in New Hampshire last April. More than 1,400 runners raised about $22,000 for the foundation, organizers said. The charity also received donations from runners in other events, Graney said.

Graney said she noticed something was amiss last spring, when she discovered suspicious charges to the foundation's PayPal account.

"I saw there was $1,200 billed for paddle boards," she said. "I went on (Bruce's) Instagram page, and he had posted a picture of a paddle board in the back of his truck."

Graney said she confronted Bruce and he promised to meet her and go over the organization's finances. She said he never showed up and then cut off contact with her in September.