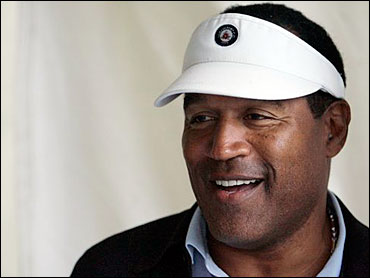 O.J. Simpson won't take legal action against a Louisville restaurateur who booted from a steakhouse on the eve of the Kentucky Derby after all, Simpson's attorney said Saturday.

Simpson and about a dozen guests were asked to leave Jeff Ruby's Steakhouse on May 4 by owner Jeff Ruby, who has said he asked Simpson to leave because "he continues to torment the family whose lives he's already ruined 15 years ago."

Simpson, a Heisman Trophy winner and NFL star, was acquitted in 1995 of killing his ex-wife, Nicole Brown Simpson, and Ron Goldman, but was found liable in a civil trial that followed.

"If we had our druthers, this would have died that night and been over," Galanter said from his Florida office. "We are not pushing it."

Last week, Galanter had said his client's ejection was about race, and that he intended to pursue the matter and might go after the restaurant's liquor license.

"He screwed with the wrong guy, he really did," Galanter said of Ruby a few days ago.