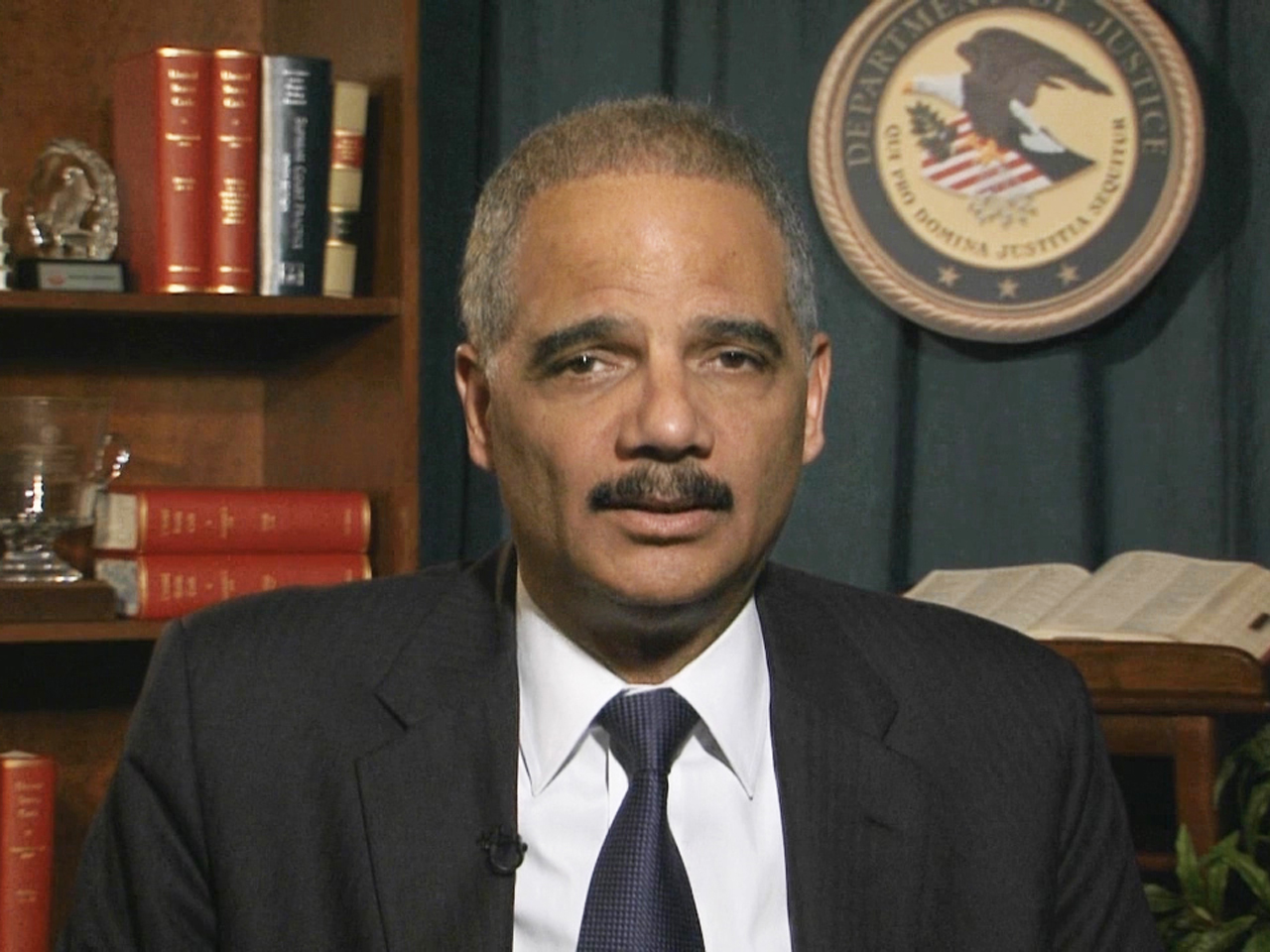 With tax day just around the corner, U.S. Attorney General Eric Holder is warning that a growing number of criminals are looking for unsuspecting taxpayers to dupe.

Holder released a video message advising filers to beware scams, with identity theft being the greatest threat. "Over the last several years, stolen identity refund fraud has affected hundreds of thousands of Americans," he said in the message. "In fact, the IRS reported that last year they resolved and closed approximately 936,000 cases involving identity theft victims."

This year, the Internal Revenue Service put identity theft at the top of its list of "dirty dozen" tax scams threatening taxpayers. Criminals can commit these crimes a number of ways, including stealing a person's identity, allowing them to both file for a refund and cash the check. Often, people do not even know they have been targeted until weeks or months have passed, when the tax refund they have been counting on does not show up.

"This is an increasingly urgent problem," Holder said. "Its impact can be devastating to families that are counting on legitimate tax refunds that are diverted by identity theft."

One way to protect against this growing problem, according to the Attorney General, is to file tax returns early. Criminals take advantage of late-filers by filing their fraudulent returns first. Another is just to stay vigilant, and report any suspicious activity.

No one is immune to stolen-identity refund fraud, Holder said, noting that fraudsters had gone after him. "Identity thieves can target anyone -- something I saw first-hand last year, when two people attempted to get a fraudulent tax refund using my personal information."

April 15: Get ready to pay up if you owe quarterly taxes

How the pandemic could impact tax filing
More

The Justice Department is trying to crack down on tax scammers. Holder noted that in some cases identity thieves have been sentenced to 10 years in prison for their crimes.