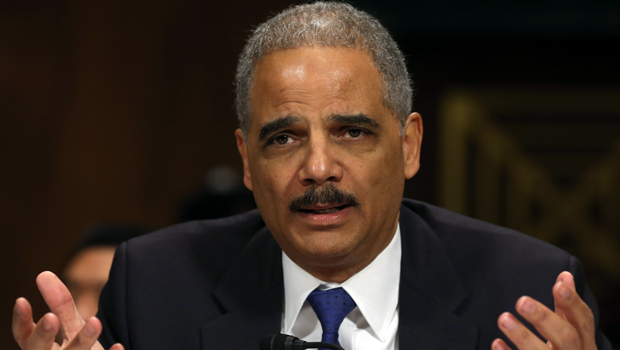 Holder was to appear Thursday before the U.S. Sentencing Commission, where he was scheduled to announce his support for a commission proposal to lower the guideline penalties for certain drug crimes.

"This overreliance on incarceration is not just financially unsustainable, it comes with human and moral costs that are impossible to calculate," Holder said in excerpts of his testimony, obtained by news outlets, including CBS News, in advance.

The harshest penalties, he said, should be reserved for "dangerous and violent drug traffickers."

His speech was part of a broader push for new federal sentencing policies, including his directive to prosecutors in August to stop charging many nonviolent drug defendants with offenses that carry mandatory minimum sentences.

The commission in January proposed modifying the guideline penalties so that many drug trafficking crimes would be tied to shorter sentencing ranges. The effect, the Justice Department says, would be to reduce by 11 months the average sentence of a drug trafficking offender and would trim the federal prison population by roughly 6,550 inmates over the next five years.

The commission was not expected to vote on the proposed change until at least April, but Holder planned to instruct prosecutors in the meantime not to oppose sentencing recommendations in line with the newly proposed ranges.