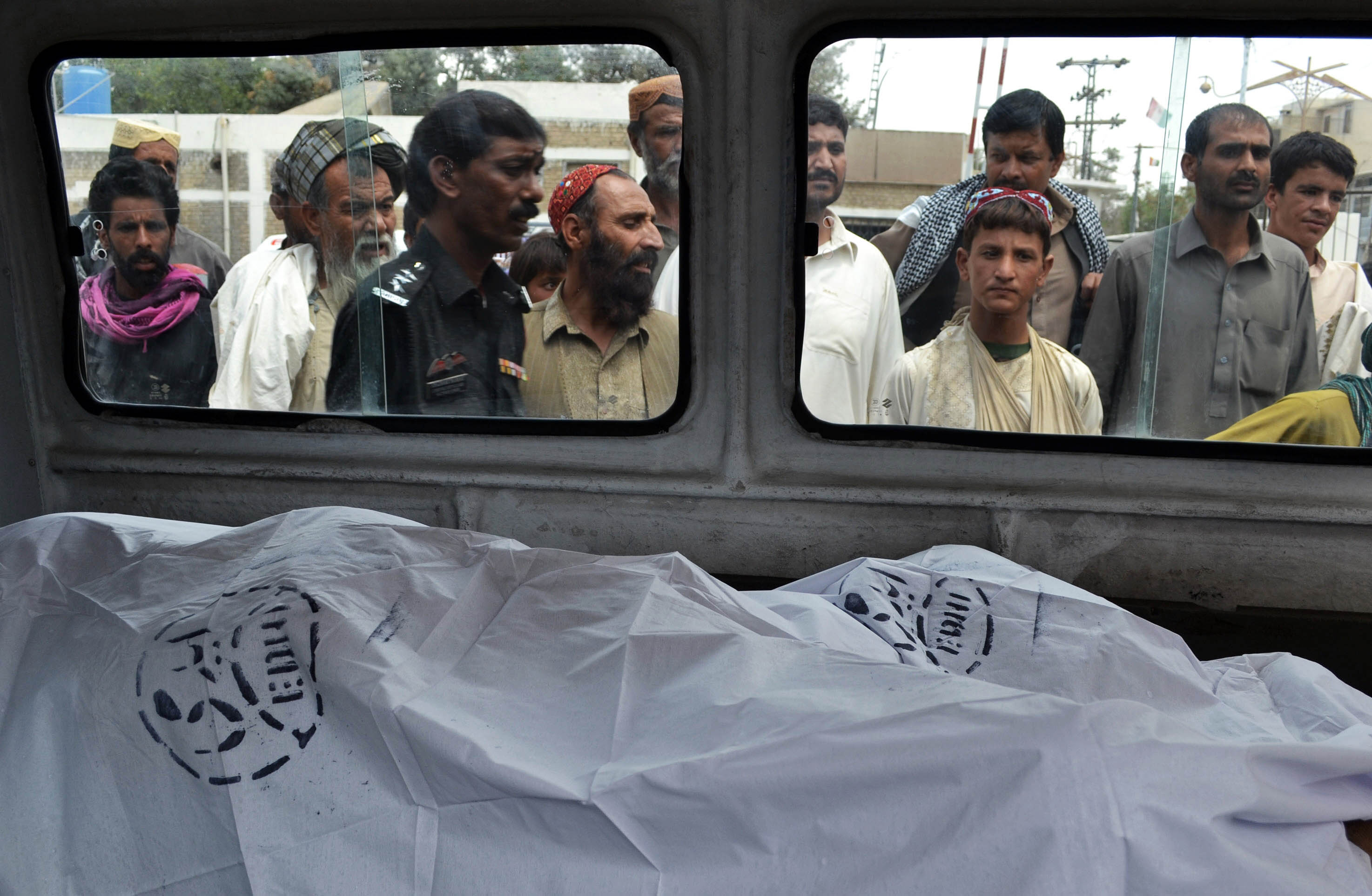 KARACHI, Pakistan A bomb blast that appeared to be targeting a provincial government minister killed 11 people before dawn Wednesday at a soccer field in southern Pakistan, the latest in a series of attacks that left 28 people dead across the country, officials said.

The bomb planted next to the field in the city of Karachi was hidden in a motorcycle, said senior police official Razaq Dharejo. The bomb went off near the vehicle of provincial minister Javed Naghori, who was leaving after witnessing a late-night match between local teams in the Lyari neighborhood, said Dharejo. Naghori escaped unharmed.

The blast killed 11 people and wounded 24 others, said provincial Information Minister Sharjeel Memon. Many of the dead and wounded were young boys standing near the soccer field when the bomb exploded.

No one has claimed responsibility for the attack. Karachi is Pakistan's largest city and has a long history of political, criminal and religious violence.

On Tuesday, police found the bodies of 13 people who were pulled off a convoy of buses in southwest Baluchistan province, shot dead and dumped in a ravine, officials said. A paramilitary soldier was also killed.

The buses were headed to central Punjab province, and the separatists have a history of attacking Punjabis whom they view as outsiders encroaching on their independence. The province is also home to Islamic militants who have carried out past attacks, especially on minority Shiite Muslims.

Then, dozens of other gunmen dressed in tribal police uniforms stopped the convoy of five buses at a security checkpoint about 6 kilometers (4 miles) away after overpowering the nine policemen who were stationed there, said Abdul Waheed, deputy commissioner of Bolan district, where the attack took place.

The attackers surrounded the buses, and two gunmen entered each vehicle to check the identities of passengers, said Waheed. A paramilitary soldier trying to sneak into the area was killed by the gunmen, said Waheed.

The attackers took 22 passengers with them, including nine tribal policemen, Waheed said, but they left the policemen a few kilometers (miles) away because they were locals, and continued on with the 13 hostages.

Police found the bodies near the town of Machh, around 10 kilometers (6 miles) from the checkpoint where the buses were stopped, said Nabi, the local administrator who works in Machh.

The security officials were ambushed in their vehicle at around 1:30 a.m. on Tuesday morning in Gilgit-Baltistan's Diamer district, said Ajmal Bhatti, the district's deputy commissioner. They were attacked shortly after leaving Bhatti's house, where they had been holding a meeting.

The dead included an army colonel, a captain and the district police chief, said Bhatti. Their vehicle plunged into a ravine after it was attacked, and authorities later recovered the bodies.

Officials have been on high alert in Diamer since Taliban militants killed the 10 foreign climbers in late June at a mountain base camp, said Bhatti. They have been holding meetings at unusual times and places, like Bhatti's house, to avoid attack.

A Pakistani security official said the three men who were killed were investigating the attack on the climbers. They were trying to convince locals to confirm some of the details of the attack and identify the militants involved, said the official, speaking on condition of anonymity because he was not authorized to talk to the media.