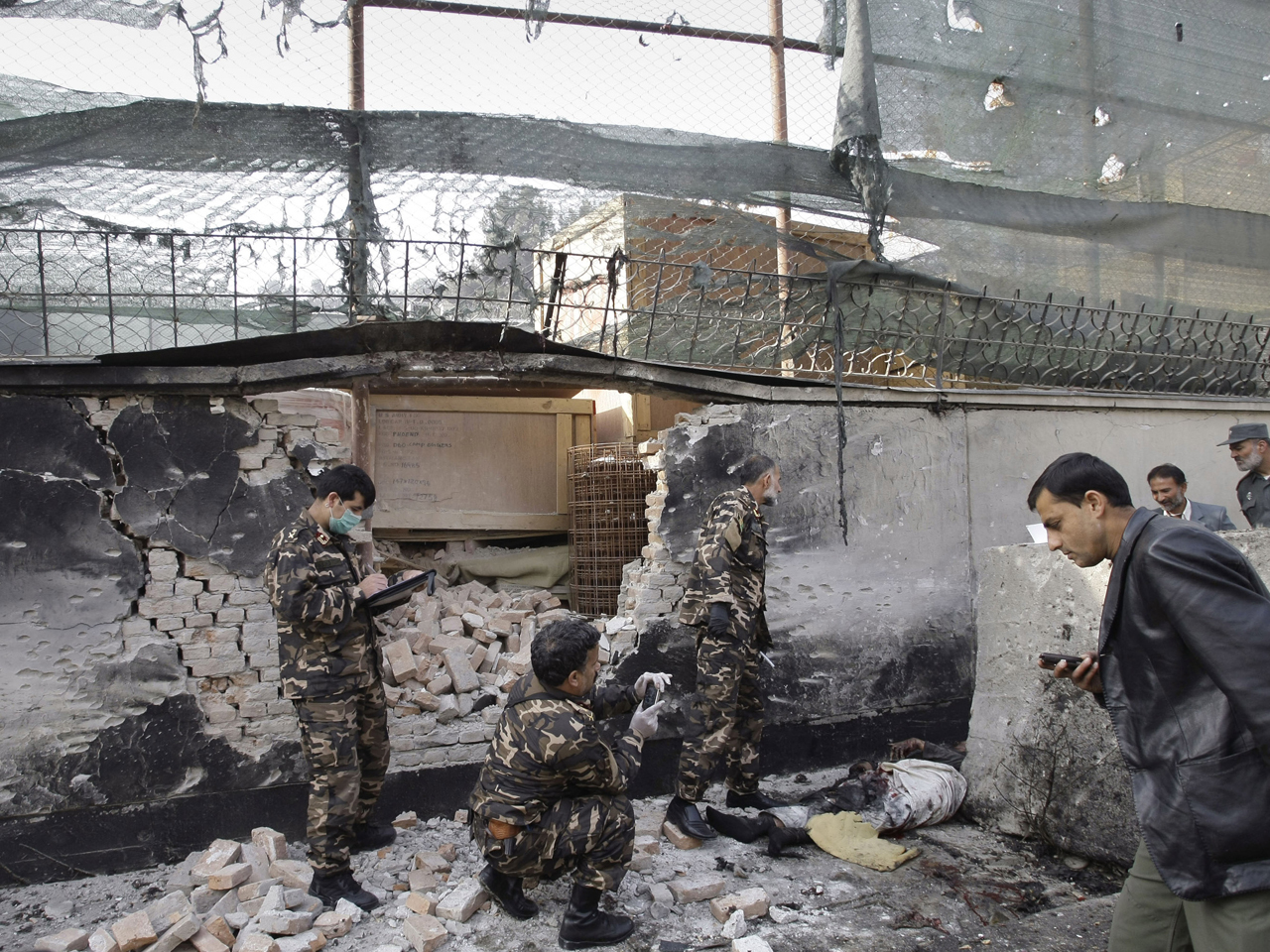 KABUL, Afghanistan Two Taliban suicide bombers struck near a U.S. base in Kabul early Wednesday, killing two Afghan guards in the heart of a neighborhood filled with foreign forces and embassies. The attack came despite increased security ahead of a Muslim holy day that last year saw one the capital's deadliest attacks.

The bombers apparently meant to target the American base but were spotted by security guards as they approached on foot. The guards fired on the assailants, killing them, but not before one of the vests exploded, said Gen. Mohammad Daoud Amin, the deputy provincial police chief.

Two Afghan security guards were killed and five civilians were wounded in the morning explosion, he said.

The blast reverberated around Kabul's Wazir Akbar Khan neighborhood. An alarm started going off at the nearby U.S. Embassy, warning staff to take cover. The neighborhood also is home to many high-ranking Afghan officials, international organizations and the headquarters of the international military coalition.

The Taliban claimed responsibility for the bombing in an email to reporters.

Sources tell CBS News the assailants were wearing military uniforms, but it was not immediately clear whether they were members of the Afghan security forces.

The attack came as foreign and Afghan forces tightened their watch over the capital ahead of the holy day of Ashoura on Saturday, when Shiite Muslims commemorate the seventh century death of Imam Hussein, the Prophet Muhammad's grandson.

Last year, the commemoration saw the country's first major sectarian attack since the fall of the Taliban regime. In that strike, a suicide bomber on foot detonated his vest amid scores of worshipers at a Shiite shrine, killing at least 80 people.

Attacks in Kabul are relatively rare and more recent strikes have not been particularly deadly, but have shown the continued ability of the insurgents to penetrate the security cordons that surround the city. The last previous attack before Wednesday's strike took place last week, when insurgents fired four rockets into the city, killing one person. The rockets hit near the airport, a private television station and close to a compound used by the Afghan intelligence service.

Wednesday's bombers were also armed with grenade launchers, said Amin, the deputy police chief. He said they were stopped near a building that was under construction near the U.S. base.

An international coalition vehicle was also damaged in the attack but there were no initial reports of casualties among the foreign forces, said Jamie Graybeal, a NATO troops spokesman.

Police had already set up extra checkpoints around Kabul and specifically near shrines to search cars and people in the run up to the Ashoura.

On Tuesday, Amin said that all his forces were "in the first security alert position" and doing their "best to provide good security and prevent any possible incident on Ashoura."