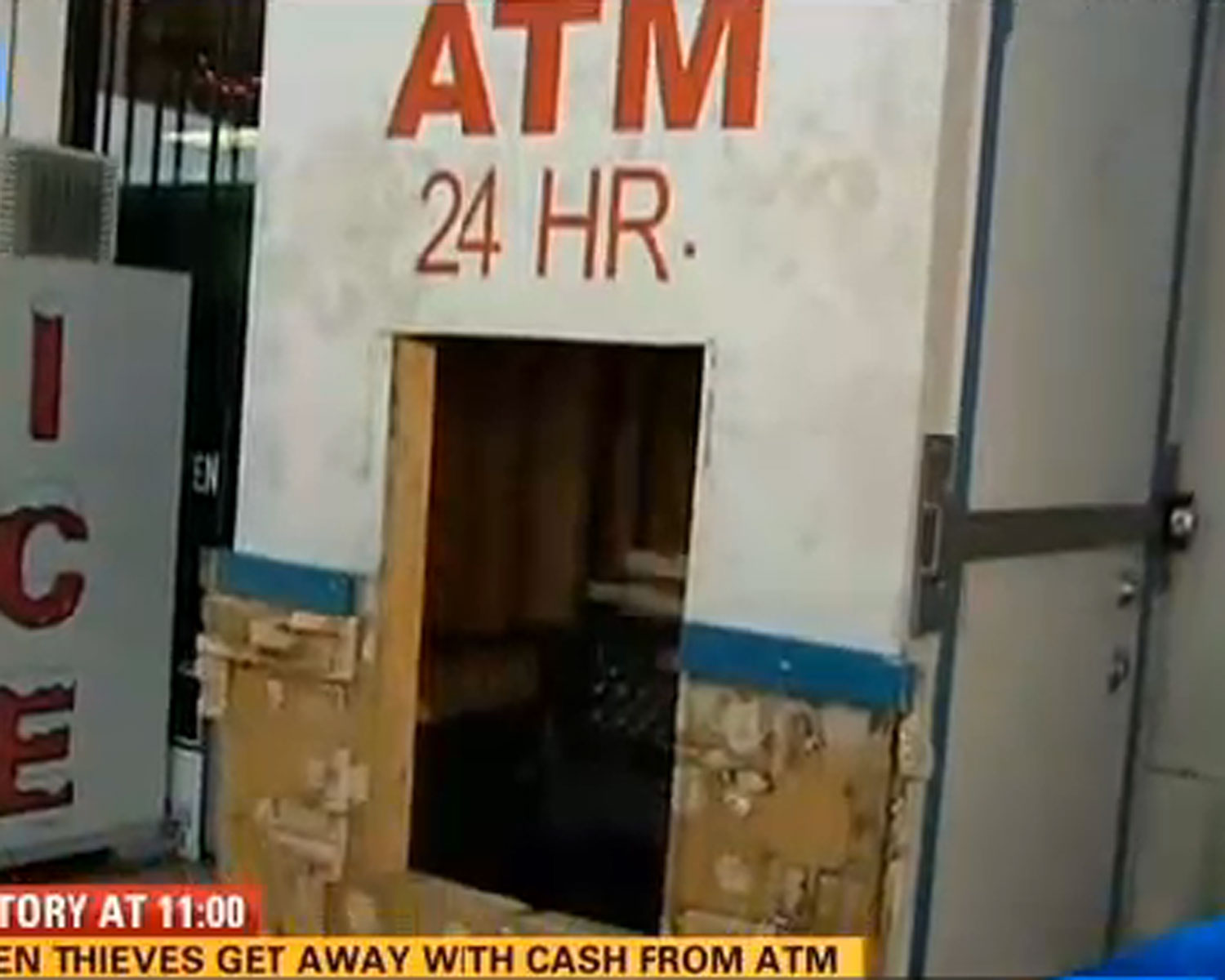 SAN DIEGO, Calif. - Police are searching for thieves who ripped an ATM machine from its foundation, then stole all the cash.

CBS affiliate KFMB.reported the brazen robbers allegedly used a stolen car and some kind of rope or chain to yank the gas station automated teller machine off the ground.

The thieves broke into the Valero Gas Station in Kearny Mesa sometime before 1:30 a.m. Tuesday, according to San Diego Police Officer Dan Lasher.

When officers arrived shortly after the incident, they discovered the car was left behind and the ATM was empty, Lasher said.

San Diego Police Lt. Paul Phillips said it is unclear how much money was stolen.

The station says a similar incident occurred at another location Monday morning, but it's not yet clear if the two heists are related.