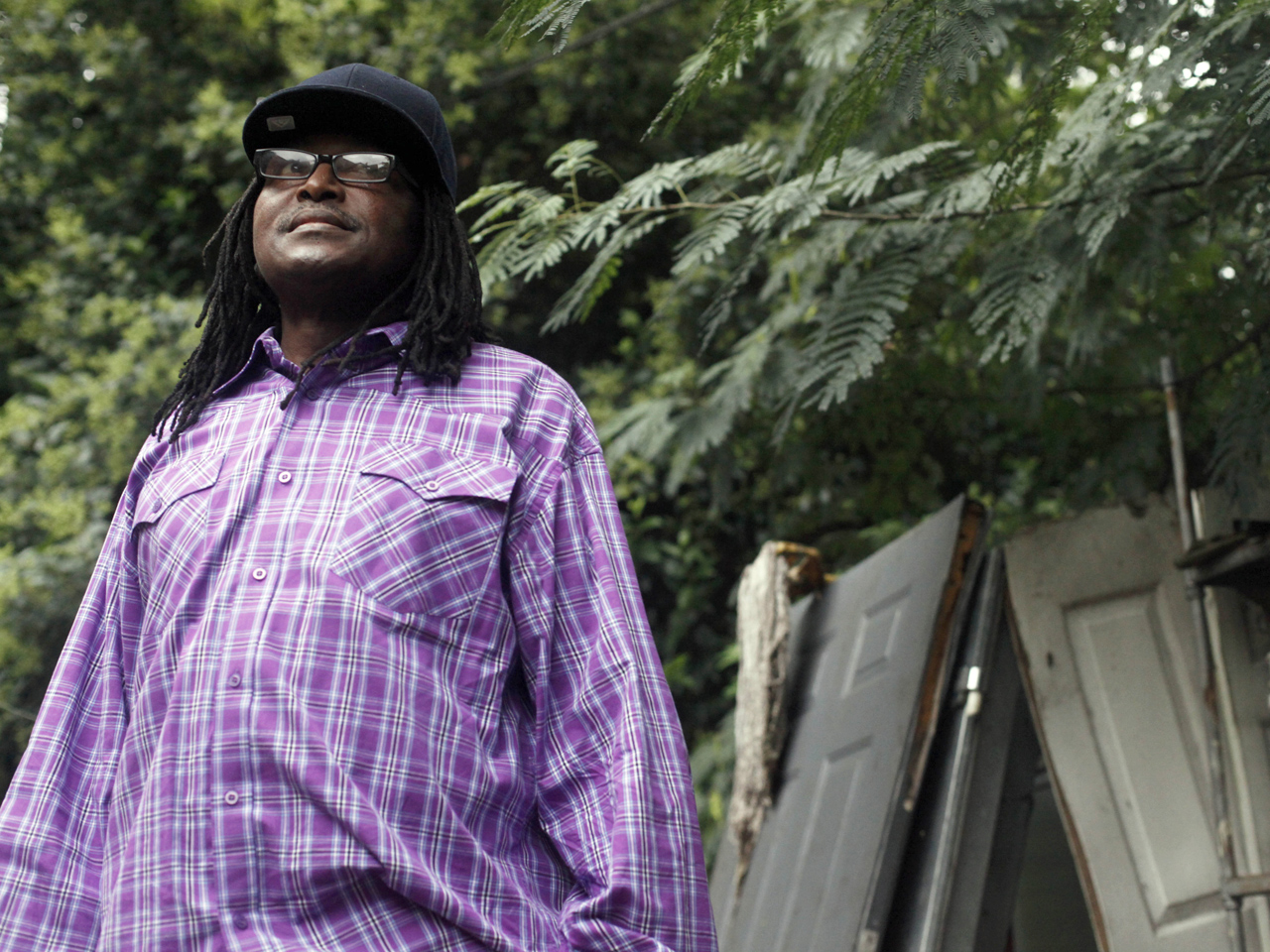 ATLANTAAfter Larry Mainor left the armed forces, he spent years getting high on crack and sleeping in cars, under bridges, behind restaurants and even in the woods. Now, he finally has a roof over his head and his own bed to sleep in.

Mainor is one of hundreds of homeless veterans and other chronically homeless people being helped by an Atlanta initiative aimed at getting people off the streets and in permanent housing in a city that for years has struggled to keep people off the streets. The city is well on its way to meeting its goal of finding homes for 800 people this year, with already more than 700 in homes.

Those like Mainor are eager to find the help.

"I just got sick and tired of living a life of drugs and alcohol," Mainor said. "I saw my friend get shot and lay in the streets and die. That's not how I want to leave this world."

More than 6,000 homeless people live in metro Atlanta, according to a point-in-time count in January. Atlanta's "Unsheltered No More" initiative is in keeping with a national movement toward a "housing first" approach, which advocates say is focused first and foremost on getting the homeless off the streets, and then providing them with any services and other help they may need.

"Atlanta is a really turnaround story in the last year," said Jake Maguire, communications director for the 100,000 Homes Campaign, a national group working to find permanent homes for 100,000 of the nation's most vulnerable homeless. "They have been able to make tremendous change in a short amount of time."

Last year, the city partnered with the group to try to house 100 people in 100 days. That goal was beaten, with 131 people finding homes. Atlanta housed more homeless veterans than any other city participating in the nationwide challenge while also speeding up placement process by one-third.

"Atlanta in some ways is kind of the poster child," Maguire said. "Dramatic change is actually possible in a short period of time."

Atlanta's efforts in addressing homelessness align with a federal strategy, called "Opening Doors," to end veteran and chronic homelessness by 2015. Though only a small portion of the homeless population, research shows the chronically homeless consume a disproportionate amount of public resources, including homeless shelters, hospitals, emergency rooms, jails and prisons. Chronically homeless individuals also are the most vulnerable, with nearly four to nine times higher mortally rates than the general population, according to the United States Interagency Council on Homelessness.

A chronically homeless individual is someone who has been continuously homeless for one year or at least four times in the last three years and has a disabling condition, such as a substance use disorder or a mental illness, according to the Department of Housing and Urban Development.

"This is not the guy who could get a job who just didn't want it - that's not the population," Maguire said. "They are folks who really, truly will not be able to sustain themselves and will need to be taken care of by their fellow community members."

The VA nationally is increasingly viewing homelessness as a permanent problem - not a temporary one.

"The change now is that we want people to get housing first, and then we surround them with services and that helps their process of recovery," said Protip Biswas, Vice President of Homelessness and Community Outreach for United Way of Greater Atlanta.

Recent analysis from Atlanta's local housing authority found that veterans permanently housed through the HUD-VASH voucher program had an average retention rate of 95 percent. It is too early to calculate the retention rate for the city's recent chronic homelessness challenge.

Many of the individuals housed through the city's recent initiatives were identified through a volunteer-driven homeless registry created in January. The registry, based on a vulnerability index that screens for critical health and social conditions, serves to identify and prioritize the city's most vulnerable citizens for housing.

As for Mainor, he's been able to overcome his alcohol and drug addictions, afford permanent housing, receive medical and psychological attention and obtain pension benefits. Building off his skills as a cook in the military, Mainor recently graduated from Atlanta Technical College's culinary arts program, where he also met his fiancée. The two are now making plans to open a bakery and catering business.