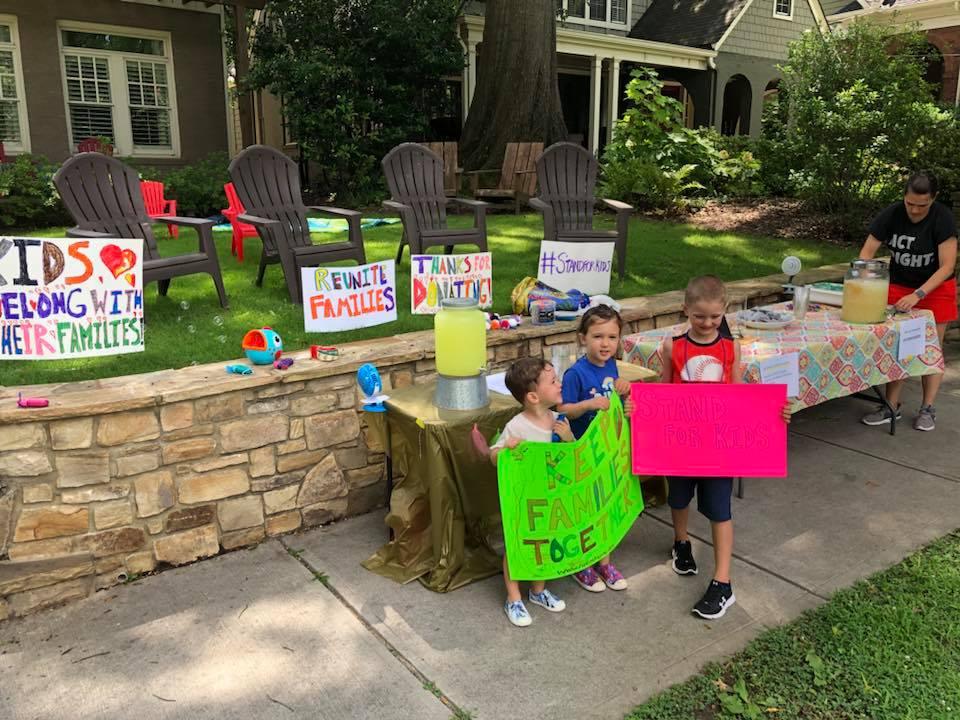 After learning about separated migrant families at the U.S.-Mexico border, one 6-year-old boy from Atlanta wanted his family to help. His suggestion? Setting up a lemonade stand for a fundraiser -- which quickly raised more than $13,000.

His mother, Shannon Cofrin Gaggero, originally set a goal of raising $1,000, according to the Atlanta Journal-Constitution, and the family spent a week preparing for the physical stand outside their home. Gaggero also set up a "virtual" shop -- a fundraiser on Facebook for friends and family who couldn't visit in person.

"We've been working as a family to educate ourselves and get involved in racial justice work for 3 years and we still have so much to learn," Gaggero told CBS News in an email.

About 20 families gathered on the Gaggero's front lawn in Atlanta's Virginia-Highland neighborhood on Sunday, raising $1,100. The online portion of the fundraiser raised more than $12,000 from more than 200 donors. All proceeds will benefit RAICES, a Texas non-profit that offers free and low-cost legal services to immigrants.

Gaggero started talking with her sons, ages 3 and 6, about the crisis at the border, something she believes all parents can and should do.

More than 2,000 children have been separated from their parents in recent weeks and placed in government-contracted shelters under a "zero tolerance" immigration policy. So far, relatively few families have been reunited, and the Trump administration has disclosed almost no information on how the process will be carried out or how long it will take.

A federal judge in California on Tuesday ordered U.S. border authorities to reunite separated families within 30 days. If children are younger than 5, they must be reunified within 14 days of the order issued Tuesday by U.S. District Judge Dana Sabraw in San Diego.

"I'm proud of the parents who shared with me the conversations they had with their kids about why we were gathering," Gaggero wrote in a blog post about the event.

There's also a call for other families to host lemonade stands in support of families detained at the border. Stand For Kids is hosting a nationwide day of action on June 30, which will benefit 14 groups that aim to protect immigrant children.