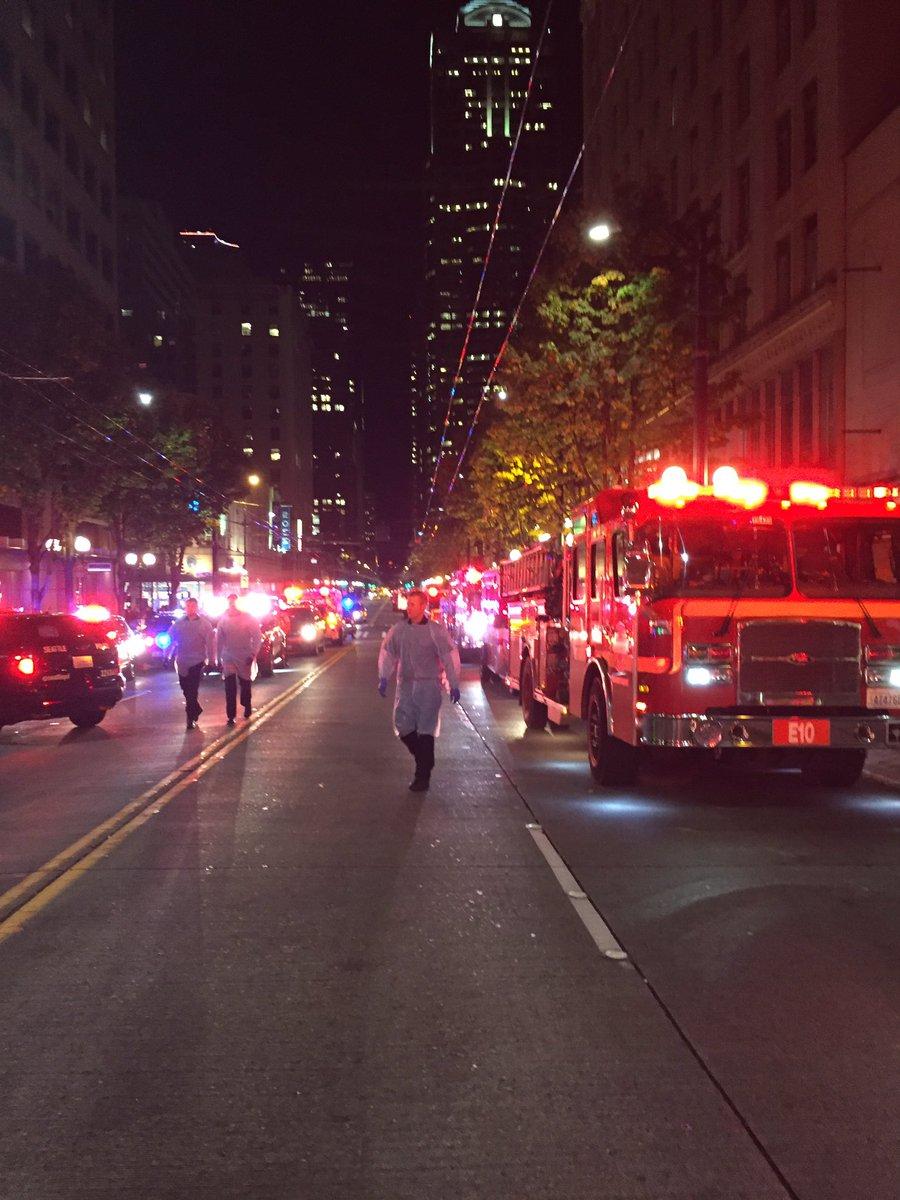 SEATTLE --  A man opened fire on a crowd outside a convenience store in downtown Seattle, wounding five people and setting off an intense police search, authorities said.

Seattle Assistant Police Chief Robert Merner said four men and one woman were hurt after an argument near Pine Street and Third Avenue outside a 7-Eleven store near a busy bus stop.

“There was some type of argument that took place, a suspect walked away and then fired into crowd striking those individuals,” Merner said.

All five people shot were taken to Harborview Medical Center in Seattle. Two victims were in serious condition in intensive care Thursday but their conditions had been upgraded from critical, said spokeswoman Susan Gregg. A woman and a man were in satisfactory condition at the hospital and a man had been released.

The five victims range in age from 20s to 50s and sustained injuries to their legs, chest and neck, Gregg said.

Authorities were searching for and trying to identify the gunman, who fled the scene on foot, Merner said. Streets in the area were closed while police investigated the scene and interviewed witnesses.

Merner said officers don’t believe the incident is related to anti-Trump protests happening near the area at the time.

“As far as we know, it seems to be a personal argument,” he said.

The manager of the 7-Eleven, Sharon Keith, told reporters she heard what sounded like firecrackers and told everyone to get down while she went to lock the door.

She said she could see multiple people on the ground outside afterward.

“How do you describe that, there were multiple people down, a lot of blood,” she said, her voice breaking.

Police were also investigating an exchange of gunfire earlier in the day in Seattle that wounded two men.

Seattle Mayor Ed Murray said in a statement Wednesday night that he was thankful all the victims were alive and receiving treatment.

“Seattle Police do not currently believe the shootings are linked, nor do they believe there is any tie to tonight’s march,” Murray said. “However, gun violence remains an epidemic in our country that we must work to address in any way we can. Today’s shootings are a reminder of how much work we have left to do.”