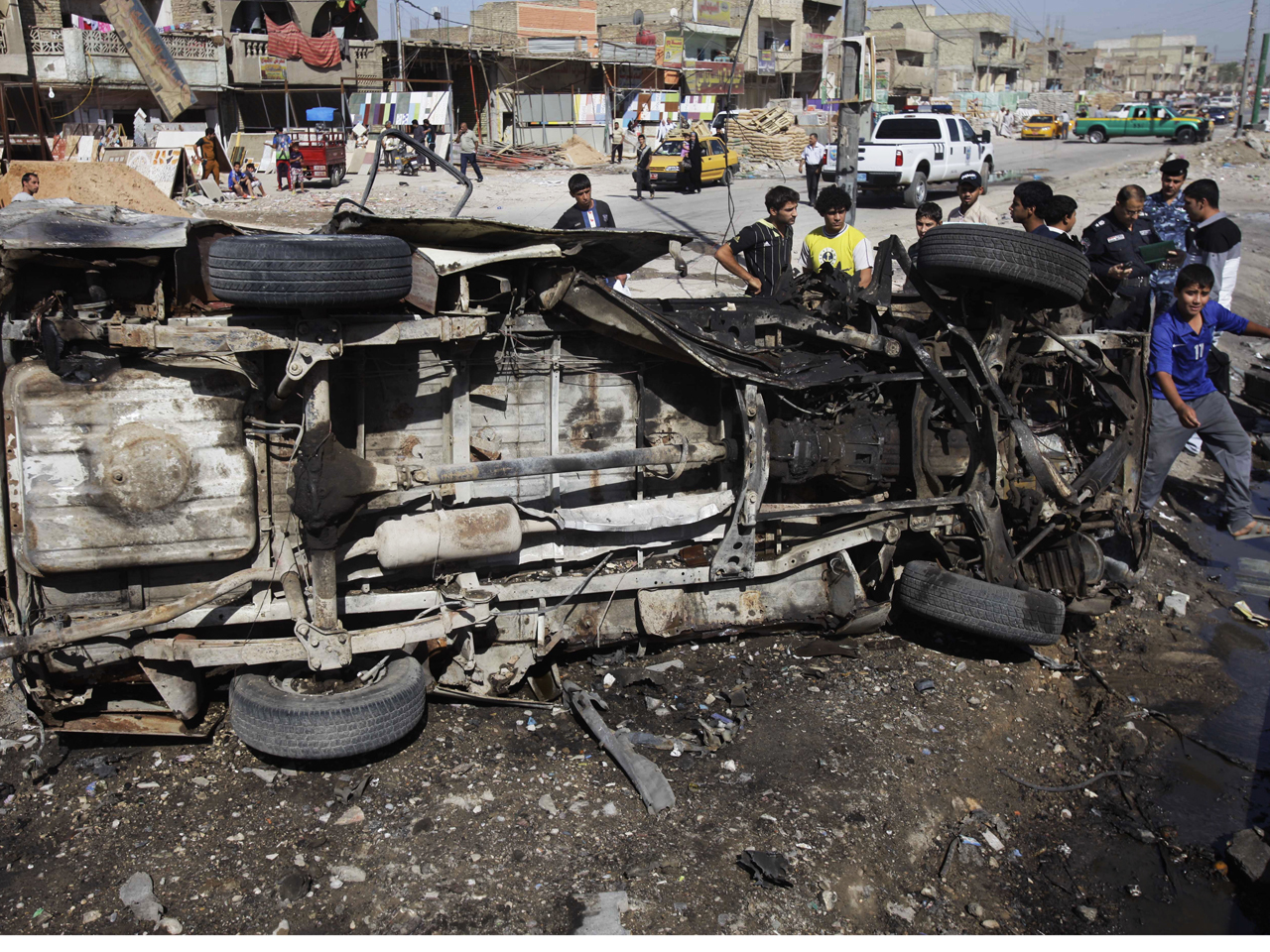 BAGHDAD A wave of over a dozen car bombings hit central and southern Iraq during morning rush hour on Monday, officials said, killing at least 47 people in the latest coordinated attack by insurgents determined to undermine the government.

The blasts, which wounded scores more, are part of a months-long surge of attacks that is reviving fears of a return to the widespread sectarian bloodshed that pushed the country to the brink of civil war after the 2003 U.S.-led invasion. Suicide attacks, car bombings and other violence have killed more than 3,000 people since April, including more than 500 since the start of July, according to an Associated Press count.

There was no immediate claim of responsibility for Monday's attacks, but they bore the hallmarks of al Qaeda's Iraqi arm. The group, known as the Islamic State of Iraq, frequently sets off such coordinated blasts in an effort to break Iraqis' confidence in the Shiite-led government.

Eight police officers said a total of 12 parked car bombs hit markets and parking lots in predominantly Shiite neighborhoods of Baghdad within one hour. They say the deadliest was in the eastern Shiite neighborhood of Sadr City, where two separate explosions killed nine civilians and wounded 33 others.

Ambulances rushed to the scene where rescuers and police were removing the charred and twisted remains of the car bombs from the bloodstained pavement. The force of the two explosions lightly damaged nearby houses and shops.

In the southern Abu Disheer area, four civilians were killed and 17 wounded. Another car bomb struck in the northwestern Tobchi district, killing three and wounding ten others.

Five more people were killed and 44 others wounded in the southwestern Risala neighborhood, the northern Shaab neighborhood and in the town of Mahmoudiya, about 20 miles south of Baghdad.

The wave of bombings also extended to Iraq's majority-Shiite south.

Back-to-back explosions by two parked car bombs in an outdoor market and near a gathering of construction workers killed seven civilians and wounded 35 others in the city of Kut, 100 miles southeast of Baghdad.

And in the oil-rich city of Basra in southern Iraq, four other people were killed and five wounded when a parked car bomb ripped through a market. Basra is 340 miles southeast of Baghdad.

Nine health officials confirmed the casualty figures. All officials spoke on condition of anonymity as they were not authorized to release information.

The violence surged after an April crackdown by security forces on a Sunni protest camp in the northern town of Hawija that killed 44 civilians and a member of the security forces, according to United Nations estimates.

The bloodshed is linked to rising sectarian divisions between Iraq's Sunni and Shiite as well as friction between Arabs and Kurds, dampening hopes for a return to normalcy nearly two years after U.S. forces withdrew from the country.