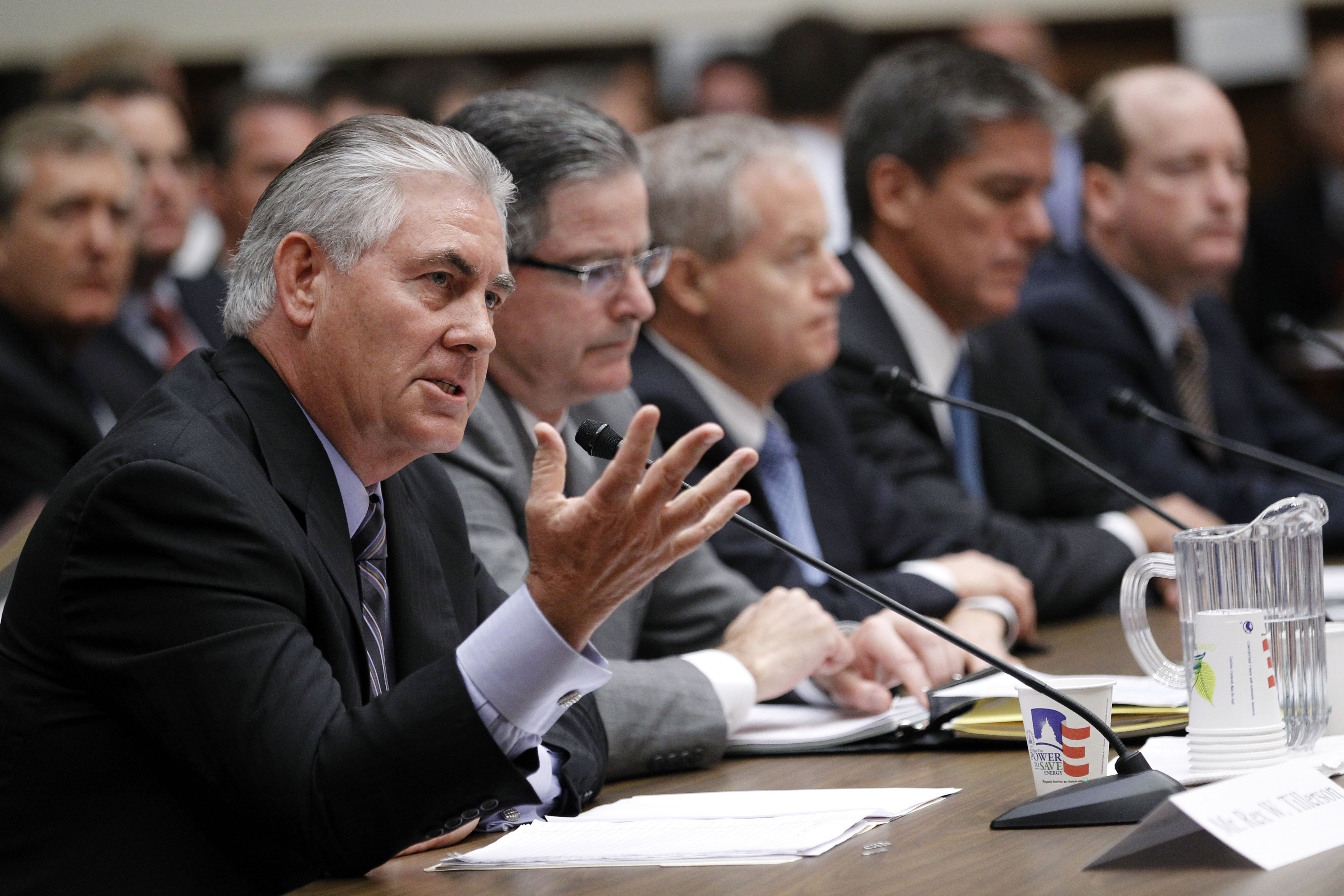 WASHINGTON - A U.S. Senate Democrat is using the words of former oil company chiefs in an attempt to invalidate arguments the current group of corporate leaders is using to keep generous tax breaks.

With the heads of the five largest private oil companies watching at a hearing, Sen. Ron Wyden played a video of a 2005 hearing in which oil company executives said they did not need generous tax breaks because oil was selling at $55 a barrel. It is now above $100 a barrel.

Wyden said he could not understand why oil companies need tax breaks now, when oil is selling for nearly twice as much.

Chevron Corp. chairman and chief executive John Watson said the companies do not want special tax benefits -- just the benefits that other industries get.

Schumer seeks to end US subsidies of oil companies

Democrats are challenging whether oil companies really deserve tax breaks that add billions of dollars to their profits each year. Senate democrats have unveiled a bill that would repeal about $2 billion a year in tax breaks for the five largest oil companies, CBS News correspondent Nancy Cordes reports.

On Wednesday, five democratic senators released a letter to the executives, asking them to admit that they no longer need taxpayer subsidies. High oil and gas prices, they say, are enough incentive to explore for oil.

With the national average still close to $4 for a gallon, Americans continue to drive less. Demand for gasoline dropped 2.4 percent last week, the largest drop in seven consecutive weeks of declines. But pressure on lawmakers to show progress on gas prices remains high.

"This is going to be incredibly difficult," Baucus said. "Everyone's going to have to give in a little bit."

"I want to assure you I'm not out of touch," he replied, arguing that tax hikes could cause the company to move investments out of the country.

Chevron CEO John Watson argued, additionally, that the targeted companies pay plenty of taxes - and that taking away these credits would result in less exploration and fewer jobs. The companies, he said, shouldn't be punished for making big profits.

"I find it hard to understand how you can come here before this committee and the American people and say, when you are projected to make $125 billion in profits this year," he said. "That somehow the loss of $2 billion a year, which means you only make $123 billion in profits, is somehow so punishing, somehow not part of shared sacrifice, somehow you need to go back at them at the pump to make up for it."

Sen. Orrin Hatch (R-Utah), however, was more sympathetic to the executives in question. Holding up a photo of a dog riding atop a pony, he slammed Democrats for taking cheap shots.