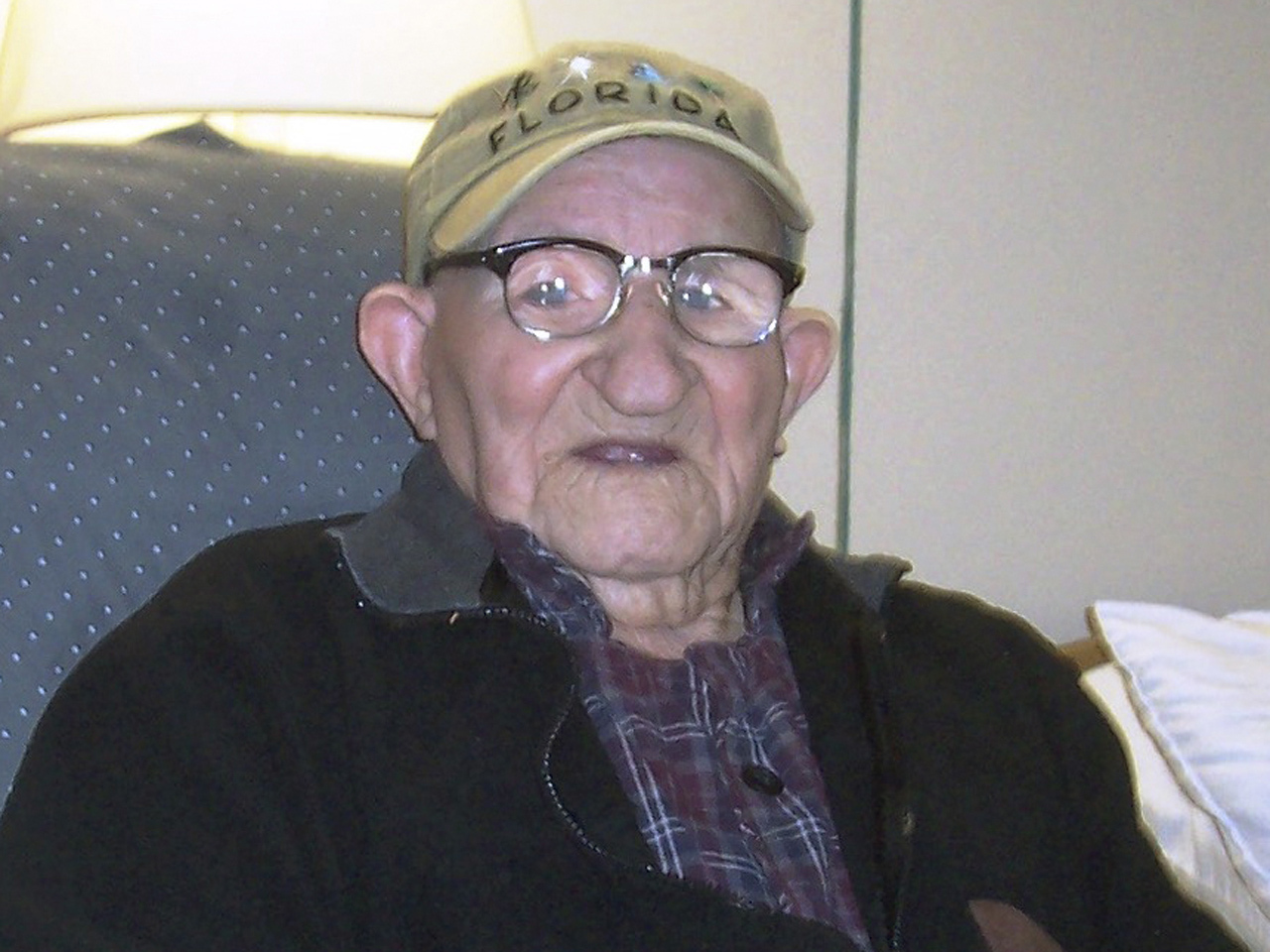 The world's oldest person is a woman, 115-year-old Misao Okawa of Japan.

Robert Young, senior gerontology consultant with Guinness World Records, said 90 percent of all supercentenarians are female and Salustiano is currently the only male born in 1901 with proof of birth.

Born June 8, 1901, in village of El Tejado de Bejar, Spain, he was known for his talent on the dulzania, a double-reed wind instrument that he taught himself and played at weddings and village celebrations. At 17, he moved with his older brother Pedro and a group of friends to Cuba, where they worked in the cane fields.

In 1920, he came to the United States through Ellis Island and worked in the coal mines of Lynch, Kentucky. Ultimately, he moved to the Niagara Falls area of New York (where he still lives), working in construction and in the industrial furnaces. He married his wife, Pearl, in 1934.

In a statement provided by Guinness World Records, Salustiano -- whose nickname is "Shorty" -- said he was humbled by the attention, saying he didn't feel he accomplished anything special just because he has lived longer than most.

"He says, 'I'm an old man and let's leave it at that,' " said his daughter, 69-year-old Irene Johnson. Salustiano lived with Johnson in Grand Island after his wife died in 1988; he moved to a nursing home in 2007.

"We did our best," Johnson said. "We weren't going to put him somewhere just because he was old."

Salustiano said his longevity can be attributed to eating one banana per day and his daily dose of six Anacin tablets. His daughter has another theory.

"I think it's just because he's an independent, stubborn man," she said.

The oldest authenticated person was Jeanne Louise Calment of France, who died at the age of 122 years and 164 days.