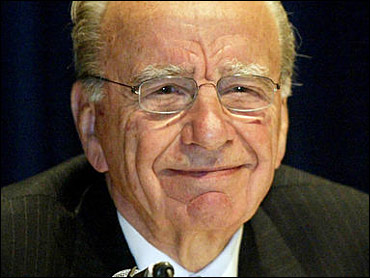 As of the writing of this post, WikiLeaks has released only 2,017 of the reported 251,287 U.S. diplomatic cables it claims to possess.

In interviews, founder Julian Assange has said WikiLeaks possesses secret documents on myriad other entities and organizations besides the U.S. government.

In a new interview with the weekly New Statesman, Assange shed a little light on what else they have: a little dirt on Rupert Murdoch and his behemoth News Corporation.

"There are 504 US embassy cables on one broadcasting organisation and there are cables on Murdoch and News Corp," Assange said.

The quote comes in reference to Assange's repeatedly expressed paranoiaabout either being assassinated or locked away without a key by the U.S. government. He told the New Statesman that he has "insurance files" ready to be released on a moment's notice.

Call it a "nuclear option," if you will.

Assange has hinted at this before, claiming WikiLeaks has already distributeda large encrypted file to more than 100,000 people around the world containing all the documents they possess, and if something happens to him or his organization, they will release the key to unlock the file's content.

The contents of these files are unknown, but, Assange told the New Statesman, "[t]hey speak more of the same truth to power."

In the article, Assange also acknowledges that the U.S. is not his primary "technological enemy." Rather, it's China, who, earlier leaked diplomatic cables show, was behind a recent cyberattack on Google.

"China is the worst offender," Assange said. "China has aggressive and sophisticated interception technology that places itself between every reader inside China and every information source outside China. We've been fighting a running battle to make sure we can get information through, and there are now all sorts of ways Chinese readers can get on to our site."