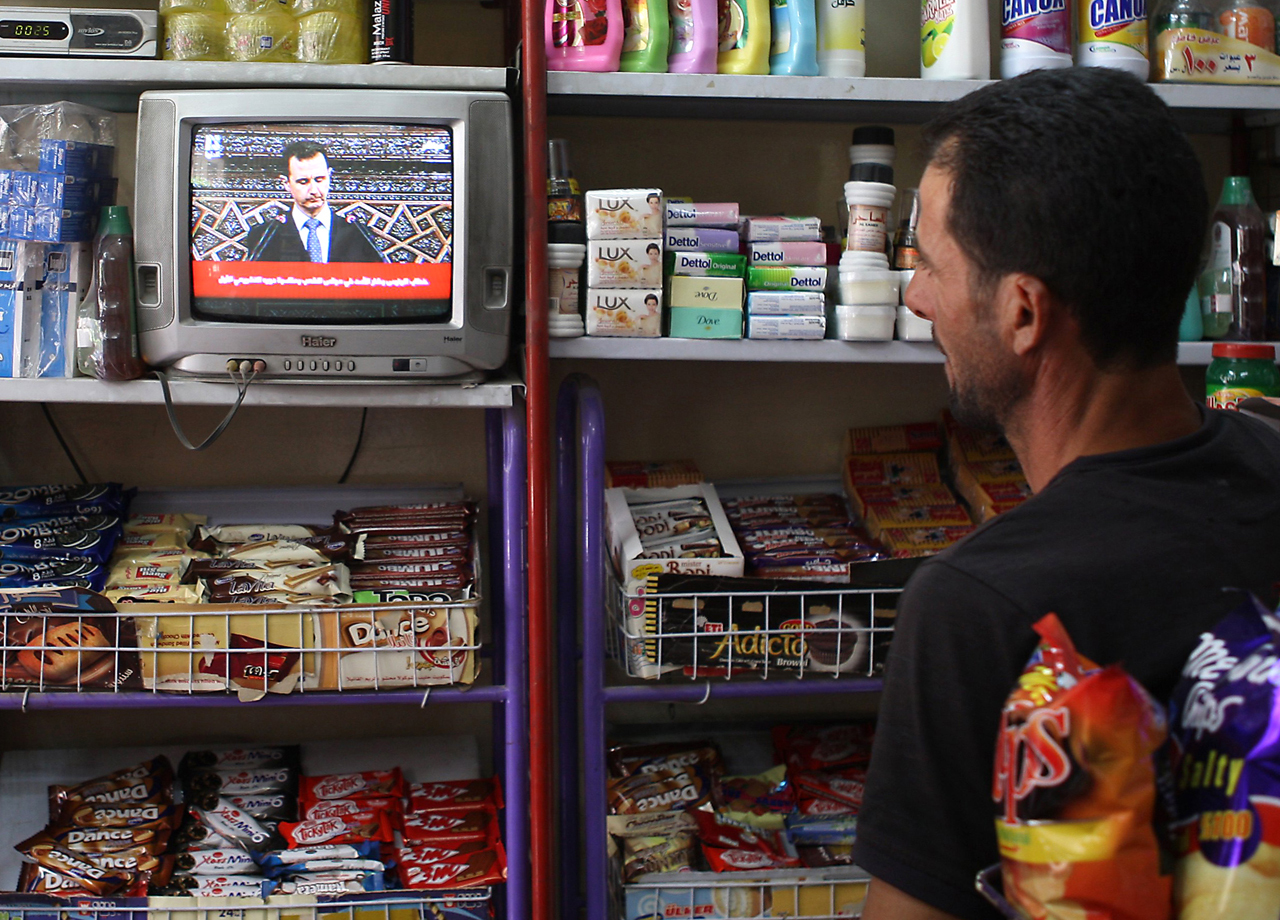 (CBS/AP) BEIRUT - Syrian President Bashar Assad denied Sunday that his government had anything to do with last week's gruesome Houla massacre, saying not even "monsters" would carry out such an ugly crime.

In a televised speech to parliament, Assad blamed foreign-backed terrorists and extremists for the bloodshed. "We are facing a real war from outside," he said.

"Despite the political and reform process which we launched, terror has not stopped. I don't have a magic wand. I have tried all political solutions with no avail. Terror will not stop unless we force it to stop," he said in his televised speech.

He pledged to press ahead with his military crackdown.

"The enemy has entered to the inside. We hate blood, but we have to deal with the situation on the ground as it needs to be dealt with," the Syrian leader warned.

The president's first comments on the massacre expressed horror over the deaths of more than 100 people, nearly half of them children. U.N. investigators say there are strong suspicions that pro-government gunmen carried out the killings, but Assad denied that.

"If we don't feel the pain that squeezes our hearts, as I felt it, for the cruel scenes — especially the children — then we are not human beings," Assad said. His last public address was in January.

Assad, 46, denies that there is any popular will behind the uprising, saying foreign extremists and terrorists are driving the revolt.

Assad's hour-long speech came as parliament convened for the first time since a controversial May 7 election boycotted by the opposition and dismissed by the West as a farce. The session started with a moment of silence for those who lost their lives for the country.

For days, Assad's speech was awaited in the hope that it would offer a crucial insight into the leadership's willingness to compromise in the face of the uprising and mounting pressure from Turkey, the United States, the European Union and the Arab League, reports CBS News' George Baghdadi.

On Saturday U.N.-Arab League envoy Kofi Annan warned of the specter of all-out sectarian warfare, and singled out Assad and his regime as the key to resolving the conflict.

But Assad's remarks Sunday suggest he is still standing his ground. Although his words reflected many of the same general points of his previous speeches — blaming terrorists and extremists, vowing to protect national security — his comments on Houla were widely anticipated.

"Not even monsters would carry out (the crimes) that we have seen, especially the Houla massacre. ... There are no Arabic or even human words to describe it," he said.

Assad said his opponents have ignored his moves toward reform, including a referendum on a new constitution and recent parliamentary elections. He suggested this meant that the call for democracy was not the driving force of the revolt.

"We will not be lenient. We will be forgiving only for those who renounce terrorism," he said.

Assad defended his regime's crackdown against the opposition, likening it to a surgeon performing an operation.

"When a surgeon in an operating room ... cuts and cleans and amputates, and the wound bleeds, do we say to him, 'Your hands are stained with blood?' Or do we thank him for saving the patient?"

"Today we are defending a cause and a country. We do not do this because we like blood. A battle has been forced on us, and the result is this bloodshed that we are seeing," he said.

The opposition and the government have exchanged accusations over the Houla killings, each blaming the other. U.N. investigators have said there are strong suspicions that pro-regime gunmen are responsible for at least some of the killings.

The revolt began last March with mostly peaceful protests, but a ferocious government crackdown led many in the opposition to take up arms. Now, the conflict has morphed into an armed insurgency.

Assad, who inherited power from his father in 2000, still has a firm grip on power in Syria some 15 months into a revolt that has torn at the country's fabric and threatened to undermine stability in the Middle East.

Activists say as many as 13,000 people have died in the violence. One year after the revolt began, the U.N. put the toll at 9,000, but hundreds more have died since. A cease-fire plan brokered by international envoy Kofi Annan is violated by both sides every day. Fears also have risen that the violence could spread and provoke a regional conflagration.

A group known as the Free Syrian Army is determined to bring down the regime by force of arms, targeting military checkpoints and other government sites. A U.N. observer team with nearly 300 members has done little to quell the bloodshed.

Al Qaeda-style suicide bombings have become increasingly common in Syria, and Western officials say there is little doubt that Islamist extremists, some associated with the terror network, have made inroads in Syria as instability has spread.

Assad has acknowledged there are genuine calls for reform, although the opposition says he has offered only cosmetic changes that do little to change a culture where any whisper of dissent could lead to arrest and torture.

In Sunday's speech, Assad said the doors of Damascus were open for dialogue with the opposition — a key component of Annan's peace plan — but said only as long as the parties involved have no foreign agendas and have not been involved in terrorism.

He ridiculed protesters over their calls for freedom, suggesting many of those taking part in demonstrations were paid killers, not people truly looking for reform.

"This freedom that they called for has turned into the (human) remains of our sons and this democracy that they talked about is now drowning in our blood," he said.