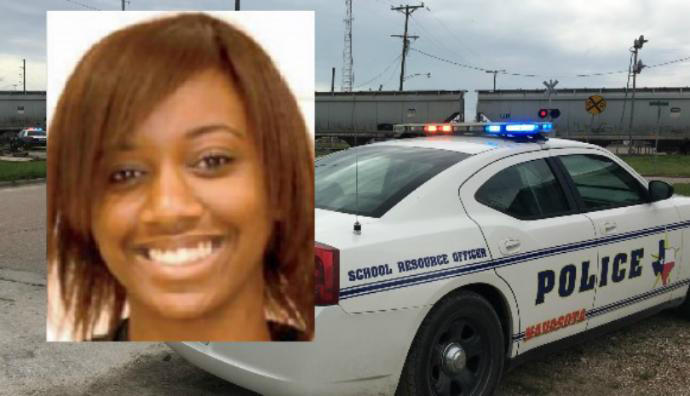 NAVASOTA, Texas -- The mother of a 19-year-old Texas woman says her daughter was killed when she was struck by a train while having photos taken of her on the tracks in a bid to launch a modeling career.

Hakamie Stevenson told The Eagle newspaper that her daughter, Fredzania Thompson, attended Blinn College in Bryan, Texas, but wanted to put her education on hold to begin modeling.

Authorities say Thompson was standing between two sets of tracks on March 10 in Navasota when a BNSF Railway train approached.

She moved out of the way of the train but was apparently unaware that a Union Pacific train was coming in the opposite direction on the other tracks and was struck.

Thompson’s cousin Sambreia Glover told CBS Bryan affiliate KBTX that Thompson was engaged to be married and would have turned 20 on Monday.

“Everyone knew the real Zanie ... very free-spirited, just goofy,” Glover told the station. “Everyone loved her. She never met a stranger. She was just very friendly and sweet.”

Glover said Thompson was more than a cousin to her - she was her best friend.

“It’s tough, but God makes no mistakes,” Glover said. “It was just her time, but she will be truly missed.”

The person who was taking photos of Thompson was not hurt.

Navasota is about 60 miles northwest of Houston.