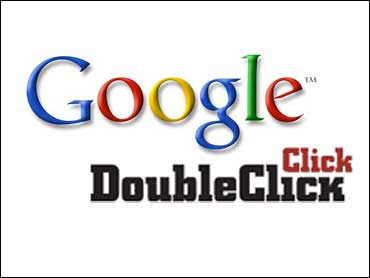 Declaring it's "nice to be here," John Ashcroft began his first day as attorney general Friday after a bruising confirmation battle in which Democrats attacked his deeply held conservative beliefs.

In an e-mail to the Justice Department's 125,000 employees, Ashcroft said he was dedicated to "not only enforcing the rule of law, but guaranteeing rights for the advancement of all Americans."

Ashcroft arrived at the department's Pennsylvania Avenue headquarters promptly at 9 a.m. Friday after taking the drug test that is required of all new executive branch employees.

He was sworn in at the Supreme Court on Thursday by Justice Clarence Thomas, who survived a similarly searing confirmation struggle a decade ago.

Ashcroft spent part of his first day on the job shaking hands and meeting employees.

He also met with the heads of dozens of agencies under the Justice Department's authority. Ashcroft told FBI Director Louis Freeh: "Thank you for your calls and your offer to work together." Unlike most in the room, Freeh spoke by telephone several times and met once previously with Ashcroft to fill him in on pending cases.

He later met with Eric Holder, who had served as acting attorney general since President Bill Clinton left office Jan. 20. Ashcroft thanked Holder, previously the deputy attorney general, on his last day at the Justice Department.

Olson is the lawyer who represented candidate George W. Bush in the U.S. Supreme Court during the aftermath of the disputed Florida election. Thompson, U.S. attorney in Atlanta during the Reagan administration, was a key adviser to Justice Thomas during his 1991 confirmation battle.

Also Friday, House Minority Leader Richard Gephardt sent a letter to President Bush asking him to re-nominate Judge Ronnie White, a key witness against Ashcroft at the confirmation hearings, to the federal bench.

Then Sen.-Ashcroft led the Senate opposition in 1999 to White's nomination for a federal judgeship.

But later in the day, two senior Republican officials, both speaking on condition of anonymity, said Mr. Bush had no intention of re-nominating White.

In Thursday's vote, Ashcroft had the support of all 50 Republican senators, but Democrats mustered enough votes to show the president they have the numbers to defeat conservative nominees in the future, particularly candidates for any Supreme Court vacancy.

The 42 votes in opposition were the most against any attorney general in the nation's history, and one more than the number needed to continue a filibuster and thereby tie up legislation or even a presidential nominee.

Sen. Charles Schumer, a New York Democrat, called te vote "a shot across the bow" of the Bush White House. "I think we have helped set the tone for many of the upcoming issues that will face us," he said.

With Ashcroft's confirmation, Mr. Bush's Cabinet is filled, just 12 days after he took office. By contrast, it took President Clinton more than a month longer, until March 11, 1993, to confirm his final Cabinet member, Janet Reno, as attorney general.

White House spokesman Ari Fleischer said Mr. Bush "will be very pleased to have his Cabinet in place and ready to work for the American people."

"The votes have been bipartisan, and this vote by definition, too, is bipartisan," Fleischer added.