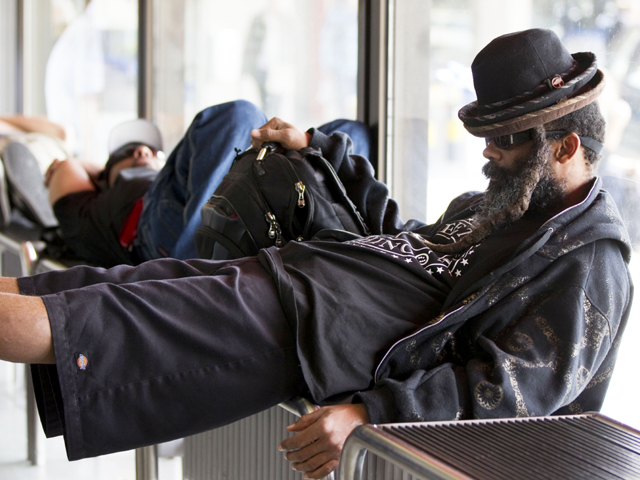 BERLIN - A cloud of volcanic ash from Iceland that had forced airport closures in northern Germany blew further north and east on Wednesday afternoon, allowing air traffic to resume as experts said the eruption appeared be winding down.

European air traffic controllers said they expected about 700 flights to be canceled on Wednesday, but Eurocontrol added that activity from Iceland's Grimsvotn volcano has declined sharply and that traffic in European airspace could return to normal Thursday.

"There were very few eruptions by the volcano over the last six to 12 hours so the volcano is in a reasonably calm state at the moment," said Brian Flynn, head of network operations for Eurocontrol. "Assuming that continues, we would expect that the European aviation would be able to return to almost a normal situation within the next 24 hours."

Volcano experts in Iceland said the eruption appeared to be tapering off. Observers at the crater were reporting only steam, said Pall Einarsson, from the University of Iceland.

"The worst is over," said Icelandic Prime Minister Johanna Sigurdardottir in a statement, after touring the region around Grimsvotn on Tuesday.

"Our geoscientists say that the eruption is waning day by day and that the problems arising in our neighboring countries as a result of volcanic ash should be resolved quickly," Sigurdardottir said.

Ash from the volcano forced the cancellation of hundreds of flights over Britain on Tuesday as winds blew the ash over Scotland, but British airspace was clear on Wednesday.

German air traffic control banned all takeoffs and landings at airports in Berlin, Bremen, Hamburg and Luebeck for several hours early Wednesday, causing hundreds of flights to be canceled. Travelers had been warned in advance.

Eurocontrol said the ash has reached parts of Russia, but has not affected air traffic there. Transpolar flights through the region were being diverted around the affected area, but were flying as scheduled. About 500 flights to and from Europe cross the Arctic every day.

While experts say particles in the ash could stall jet engines and sandblast planes' windows, many in Britain argued the flight bans were a massive overreaction by badly prepared safety regulators.

A British Airways test flight passing through the affected area was unaffected, said Willie Walsh, the chief executive of International Airlines Group — formed from the merger of BA and Iberia.

"We flew in the red zone for about 45 minutes at different altitudes over Scotland" and the north of England, Walsh told BBC radio. "All the filters were removed and will be sent to a laboratory for testing. The simple answer is that we found nothing."

Irish budget airline Ryanair has also challenged the results, saying Tuesday it had sent its own airplane into Scottish airspace and found no ash in the atmosphere.

But German transport minister Peter Ramsauer insisted the precautions are justified, and said that authorities were better prepared after the Eyjafjallajokull volcano eruption last year forced the closure of European airspace for five days, stranding millions.

"We have developed a very refined regulation since the big ash cloud last April," Ramsauer told ARD public broadcaster. "We are much better prepared to handle such a situation."

Last year, European aviation authorities closed vast swaths of European airspace as soon as they detected the presence of even a small amount of volcanic ash in the atmosphere. This year, they are trying a more sophisticated approach.

Aviation authorities will give airlines detailed information about the location and density of ash clouds. Any airline that wants to fly through the ash cloud can do so if it can convince its own national aviation regulators it is safe.

The Grimsvotn volcano began erupting on Saturday, sending clouds of ash high into the air.

The main international body representing carriers, the International Air Transport Association, complained to the British government Tuesday about the way it had handled the issue, saying it should have had Cessna planes ready to carry out tests, instead of relying on the weather service.