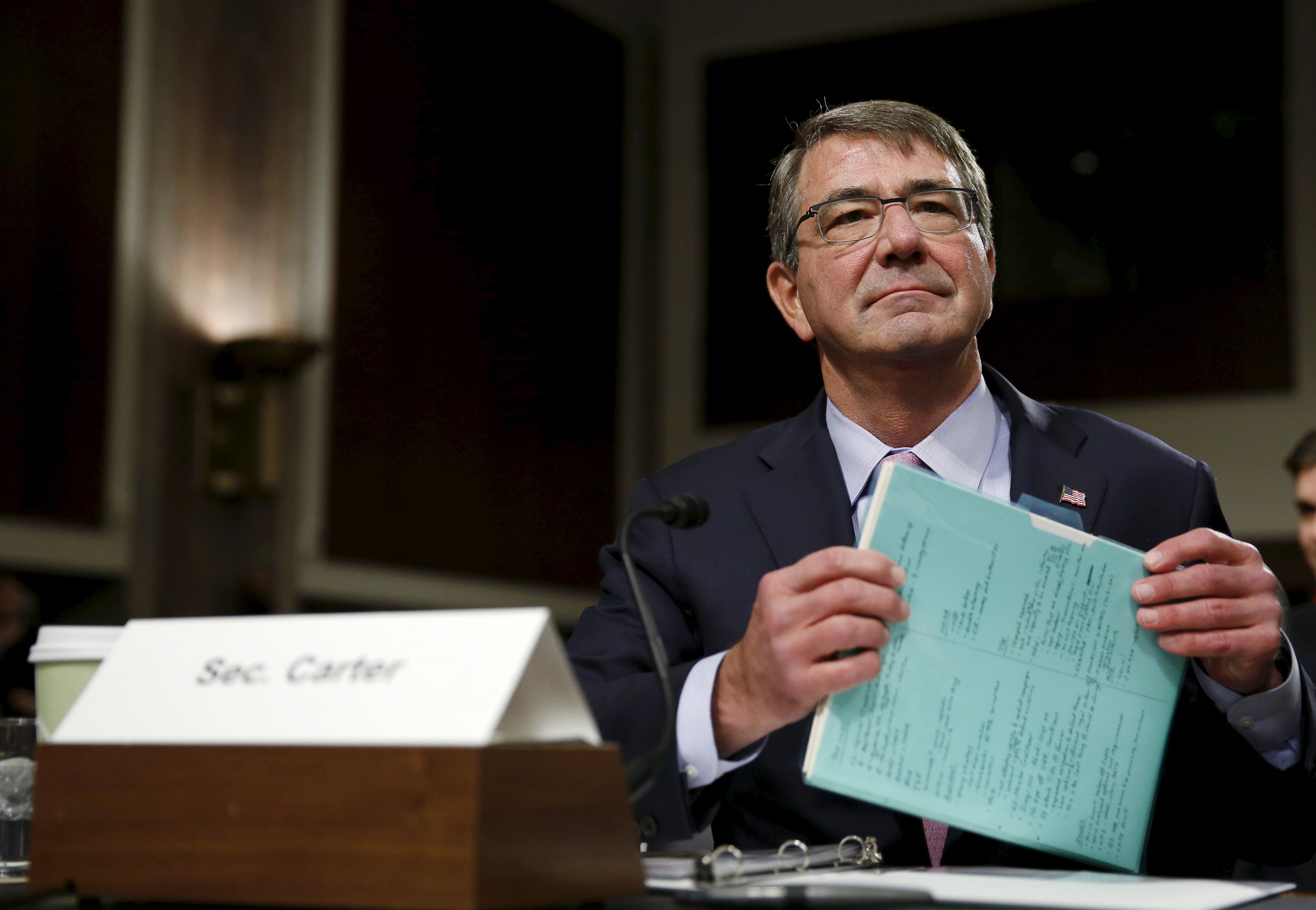 Defense Secretary Ash Carter on Tuesday outlined to Congress the United States' strategy to step up its military attacks against the Islamic State in Iraq and Syria (ISIS, or ISIL)

The strategy, Carter said, boils down to "what I call the 'three R's' -- Raqqa, Ramadi and Raids." Specifically, the U.S. military will support Syrian opposition forces as they engage in more aggressive fighting in Raqqa, where ISIS has declared its capital in Syria. And the U.S.-led coalition is also supporting Iraq's security forces in Ramadi, the capital of the Anbar province in western Iraq. It also includes more robust air raids, at a time when Russia is also conducting airstrikes against ISIS in Syria.

"We won't hold back from supporting capable partners in opportunistic attacks against ISIL or conducting such missions directly," Carter told the Armed Services Committee. "Whether by strikes from the air or direct action on the ground."

He referenced the recent death of Joshua Wheeler, the first American soldier to die in combat against ISIS.

"The death of any service member is a tragedy," Carter said. "While our mission in Iraq is to train, advise and assist our Iraqi partners, in situations such as that operation where we have actionable intelligence and a capable partner force, we want to support our partners and we will."

The secretary also addressed the Obama administration's plan to improve its failed attempts to train and equip moderate Syrian forces to battle ISIS.

"While the old approach was to train and equipment completely new forces outside of Syria before sending them into the fight," he said. "The new approach is to work with vetted leaders of groups that are already fighting ISIL and provide equipment and some training to them and support their operations with airpower."

While he said ISIS must be militarily defeated, Carter said that the administration is still interested in seeing Syrian President Bashar al-Assad replaced. Secretary of State John Kerry is engaged in talks this week "precisely aimed at the contours of that political settlement," he said.

The sooner a political transition can take place in Syria, the better, he said. "The structures of the Syrian state are going to be important to the future, and we don't want them to dissolve entirely," he said.

Carter said that President Obama hasn't taken the option of a no-fly zone over Syria off the table. That option "would be intended to prevent the Syrian air force from barrel bombing or using air power... against the civilian population."

Sen. Lindsey Graham, R-South Carolina, a presidential candidate, admonished the administration for refusing to back a plan to "take Assad down." Kerry, he said, is "turning over Syria to the Iranians and Russians," since there is no "credible military threat" against him.

Pressured by Graham on this point, Marine Gen. Joseph Dunford, chairman of the Joint Chiefs of Staff, acknowledged, "The balance of forces right now are in Assad's advantage."

Carter reiterated that "our approach to removing Assad... is principally a political effort."