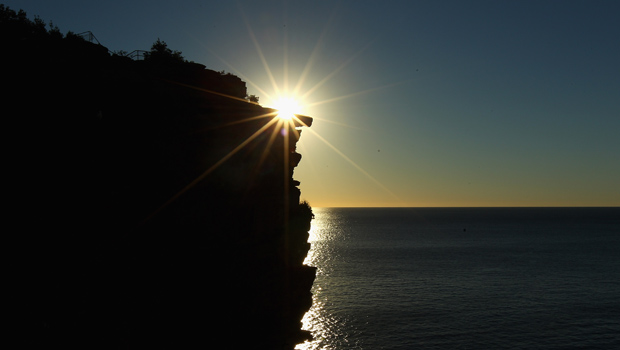 (MoneyWatch) Taxes for nearly 9 of 10 Americans will rise by an average of $3,500 a year if Congress and the White House fail to reach a deal that avoids the so-called fiscal cliff.

The Brookings-Urban Institute Tax Policy Center, a Washington research group, said in a new report that the planned elimination of tax breaks at the end of the year would affect 88 percent of U.S. taxpayers, with most seeing tax hike in 2013 of 5 percent. It would also boost federal tax receipts by a total of $536 billion, or 20 percent, next year.

Most of the increase would come from the scheduled expiration of tax cuts enacted in 2001 and 2003 during the George W. Bush administration. The expiration of President Obama's payroll tax holiday, which shaves 2 percentage points off payments to Social Security, would also contribute to the rise.

The study's authors said the size of the increase surprised them. "It's just a huge, huge number," said Eric Toder, an Urban Institute scholar, in a conference call to discuss the report.

The top 20 percent of income-earners -- those with mean annual earnings of more than $170,000 -- would experience the highest tax increase, at 5.8 percent (see chart at bottom). That would push the average federal income tax rate for taxpayers in this bracket to 30.9 percent. As a result, they would end up paying 60 percent, or $300 billion, of the additional revenue from the rise in rates.

But low-income earners would see the largest increase in the percent of their income they pay in taxes, with that figure slated to rise to 4.3 percent, from the current average of 0.6 percent. Specifically, they would feel the greatest financial impact of expiring tax breaks that were part of Obama's 2009 economic stimulus package, the Institute found. They would lose an expansion of the earned income tax credit and the child tax credit for working families. A $2,500 credit for college tuition also would shrink to $1,800 and be available for only two years, instead of the current four.

Without an agreement in Washington over taxes and scheduled government spending cuts approved under a congressional deal last year to lift the nation's borrowing limit, tax rates on income, capital gains, dividends and estates would increase. The number of people subject to the alternative minimum tax also would increase to 21.7 million households, up from 4 million this year.

Although most lawmakers say they favor extending the income tax cuts, there is bitter partisan dispute over for whom. Republicans generally want to preserve all the income and estate tax cuts for 2013, including for top income-earners, arguing that the resulting decline in government revenue can be plugged by eliminating tax loopholes. Democrats, including President Obama, want to let most of of the tax cuts lapse for the top 2 percent of households, or individuals making more than $200,000 a year and married couples making more than $250,000.

According to the Tax Policy Center, households at the top of the income range are most affected by the income taxes and the tax increases on unearned income, such as capital gains that were enacted under the 2010 health care law and that take effect in January.

Another potential side effect of the fiscal cliff: Growing skepticism that Congress will reach an agreement on taxes and spending could lead to a large sell-off of stocks and other financial assets later this year as people try to avoid the higher capital gains rate.

"If investors really believe that the tax rate they face on capital gains is about to go up significantly, some of them will choose to realize accumulated gains this year rather than next year," said Donald Marron, one of the authors of the study.