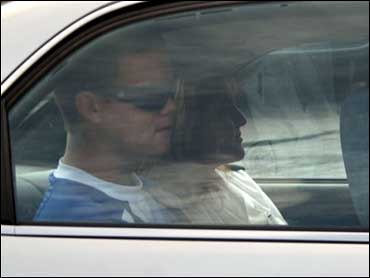 The investigation into what happened to a U.S. teen who vanished more than five weeks ago is focusing on a Dutch minor after a judge ruled police could detain him an additional 60 days but ordered the release of two Surinamese brothers.

A judge ruled Monday there was sufficient evidence against 17-year-old Joran van der Sloot to keep him jailed while prosecutors built their case, but ordered brothers Deepak Kalpoe, 21, and Satish Kalpoe, 18, released immediately.

The rulings came after a closed hearing. No information was released on why the two brothers were released.

CBS News Correspondent Aleen Sirgany reports the hearing was the first to be attended by Natalee Holloway's parents, who have been turning up the heat on Aruban authorities, pressuring them to be more aggressive about finding their daughter.

"We just felt like it was important for us to be here. You know, this is a very important day for all of us," said Holloway's stepfather George "Jug" Twitty.

An AP photographer later witnessed the Kalpoe brothers leaving the San Nicolas prison accompanied by a lawyer. The three got into a sports utility vehicle and drove off.

"The day finally came," David Kock, one of Satish Kalpoe's lawyers, said when contacted by The Associated Press. "I've been saying this for a long time: They have no basis to keep my client in detention. We are very happy.

"It's very clear where the finger is pointing now," Kock said, referring to van der Sloot, an honors student at the Aruba International School.

Van der Sloot, the son of a justice official, and the Surinamese brothers were arrested June 9 on suspicion of murder in the disappearance of Holloway, 18, of Mountain Brook, Ala. Holloway vanished in the early hours of May 30, the last day of a five-day vacation on the Dutch Caribbean island to celebrate her high school graduation with 124 other students.

Attorney General Karin Janssen declined to comment Monday. Her office issued a statement saying prosecutors were considering an appeal of the judge's decision to release the Kalpoes. They have three days to do so.

Contacted by telephone, van der Sloot's father, Paul van der Sloot, said he had no comment on the judge's decision.

Prior to the judge's ruling, one of Joran van der Sloot's attorneys, Antonio Carlo, would not say whether investigators had presented any new evidence against his client, but he said a judge did approve a motion allowing attorneys to be present whenever van der Sloot is interrogated. Carlo said previous motions requesting a lawyer's presence had been denied since the beginning of the case.

"It's important for me to say again today that my client maintains his innocence," Carlo added.

Under Dutch law that governs Aruba, a protectorate of the Netherlands, detainees can be held 116 days before being charged by a judge. Van der Sloot has not been charged.

Prosecutors have acknowledged they have no solid evidence to indicate that Holloway is dead. They have said a murder conviction is possible without a body, but the case requires strong evidence such as a confession, reliable statements and forensic evidence of wrongdoing.

The Kalpoe brothers have told police they dropped Holloway and van der Sloot off near the Marriott Hotel in the early morning hours of May 30 and that that was the last time they saw the blond-haired, blue-eyed teen.

Van der Sloot's mother, Anita van der Sloot, said her son told her during a prison visit that he was alone with Holloway on a beach that night but that he did not harm her.

Holloway vanished the same day she was to catch a flight home with her classmates.

Numerous searches by Dutch marines, Aruban investigators and volunteer rescue groups have failed to turn up any trace of her.

Holloway's mother, Beth Holloway Twitty, 44, arrived in Aruba within hours of her daughter's disappearance and has been on the island ever since, distributing fliers, monitoring searches and appearing on national U.S. television shows to keep pressure on investigators.