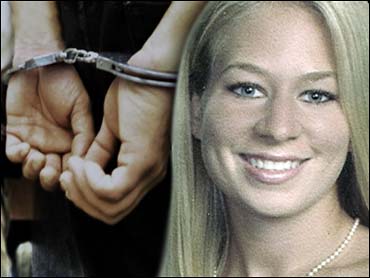 The parents of a Dutch youth held in the disappearance of an Alabama teen said Wednesday they believe he is innocent, adding that they don't know how to deal with this "big nightmare."

Paul van der Sloot, a judicial official whose 17-year-old son has been arrested in the disappearance of Natalee Holloway, offered his first public statements since Holloway vanished three weeks ago, saying in a broadcast interview: "I still believe my son. It's all very hard."

Joran van der Sloot and two friends were arrested 10 days after Holloway, 18, went missing on May 30. Police say Joran van der Sloot met Holloway at a casino two days earlier. They say the three young men testified that they took her from a popular restaurant to a beach, where the Dutch boy and Holloway were kissing in the back of the car, then dropped her at the Holiday Inn where she was staying around 2 a.m.

Holloway's mother, Beth Holloway Twitty, has insisted that the three know what happened to her daughter and that police should press them harder to tell the truth. She has asked why the three were initially released after only a couple of hours of questioning, and arrested more than a week later.

In the Fox News interview, Anita van der Sloot, the Dutch teen's mother, said: "Joran should have been interrogated from the beginning. But they let the kids go."

"It's funny that we talk about how small this island is and yet so large when you are looking for one individual," aunt Linda Allison told CBS News Correspondent Kelly Cobiella.

The family searches a different part of Aruba every day, using the most basic tools.

Anita van der Sloot said when she saw her son in jail one night this week "he still didn't believe it was true. He said 'Mom, the truth will come forward, and I know that I did not do anything to the girl.'"

Paul van der Sloot has been barred from seeing his son, the attorney general's office said, because police fear it could harm the investigation. He was interrogated by police for seven hours over Saturday and Sunday.

Anita van der Sloot said her son has been interrogated for sometimes hours at a time, with authorities "calling him psychopath, murderer."

George Twitty, Holloway's stepfather, told Fox that in the initial days after the teen's disappearance, Paul van der Sloot — and one of two Surinamese brothers arrested with Joren van der Sloot — advised his son not to talk to her family.

"He and the other boy kept saying 'you say nothing,'" Twitty said. "I know that the father and I know that the son knows a lot more than they're saying."

Anita van der Sloot said: "I love my child. I believe in him 200 percent and it's like a big nightmare." She said her son is an avid athlete who does well in school.

Holloway's father, meanwhile, said Wednesday he was confident that the investigation into her disappearance was close to being resolved. But dozens of searches by officials and volunteers have failed to turn up any trace.

His daughter disappeared on the last day of a five-day trip to celebrate her high school graduation with other students. Her passport and packed bags were found in her room.

"I'm optimistic," Dave Holloway said during an interview with Associated Press Television News. "The FBI indicated to me that the (Aruban) police are very adequate and doing a good job. "

"These three guys cannot commit a perfect crime," he said.

A fourth man detained in the case, 26-year-old party boat disc jockey Steve Gregory Croes, said he knew one of the two Surinamese brothers arrested with Joren van der Sloot from an Internet cafe, his boss, Marcus Wiggins, has said. Wiggins' boat, the Tattoo, docks near the Holiday Inn.

Natalee's family is hoping members of a Texas-based search and recovery group can get farther in their search than the family has.

"With the equipment that they have, and they have cadaver dogs, they can search in these areas to eliminate the possibilities, because we don't want to go on forever wondering where Natalee is," said Allison.

Aruban authorities say the coastline is too dangerous to dive, and without narrowing the location through a tip, there is simply too much water in and around the island to look everywhere, reports Cobiella.