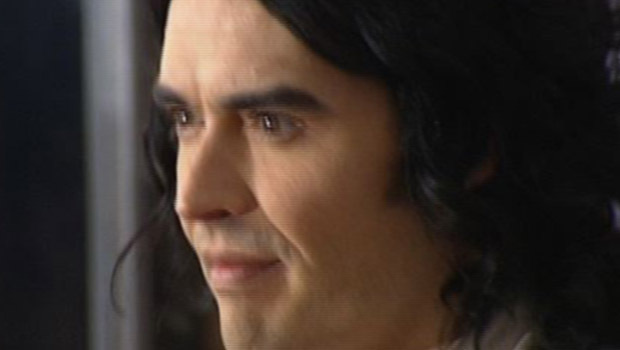 (CBS) Russell Brand is at  it again with a star turn in the remake of "Arthur," Dudley Moore's 1981 comedy classic. CBSNews.com caught up with Brand and the rest of the cast at the film's New York red carpet premiere.

Brand's co-star Jennifer Garner had nothing but praise for the British comedian.

"Everybody talks about how crazy he is," she said. "But, he's actually so lovely, he's the first to make sure everyone has something to drink. Or if there's a guest on set, you know, 'Come and sit with me, let me show you around.' He's just a really sweet guy."

Dame Helen Mirren said that  it was Brand who charmed her into working on the film.

"He was like my mate," Mirren said of their initial meeting about the production. "I thought I was going to go and have a cup of tea with him. And he pitched me "Arthur"...And we just sat and chatted for a couple of hours. And when I walked out of that meeting, I was thinking, 'Of course, I'll do it.' Who wouldn't do that?"

Brand was candid about his past struggles with addiction, something his onscreen character must face as well. The actor admitted, "I am myself in recovery. Several people who worked on the movie were also in recovery and we wanted to be responsible about the way alcoholism is handled, because, it is a disease. I myself continue to deal with it on a daily basis."