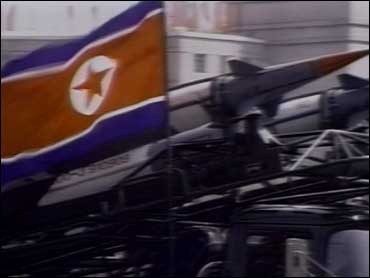 A group claiming responsibility for the recent theft of a Marc Chagall painting from the Jewish Museum says the work will not be returned until there is peace between Israel and the Palestinians.

The demand was in a letter postmarked June 12 and signed by the International Committee for Art and Peace, an organization not familiar to authorities.

Authorities said they weren't sure whether the theft actually was politically motivated, but they were confident the letter was not a hoax. The writers had information about the painting that could only come from someone who had it in their possession, The New York Times reported Monday.

Museum officials discovered the painting missing June 8, the morning after a party at the museum. Police found no sign of forced entry.

The roughly 8-by-10-inch oil painting, "Study for 'Over Vitebsk,'" has an estimated value of $1 million. The 1914 work shows an old man carrying a walking stick and beggar's sack, floating in the sky above a village.

Anne Scher, a museum spokeswoman, said it was unclear whether the letter writer's sympathies were with the Israelis or the Palestinians. The author apologized for embarrassing the museum and said the painting was "being taken care of."

The letter was kept secret while undergoing forensic testing.

"The letter gives us hope for the possibility of recovering the work," Scher said. "It was a relief when we received it."

Anna Kisluk, director of art services for the Art Loss Register, which maintains a database of more than 100,000 pieces of stolen art, said the motive for art theft is almost always economic.

"This kind of broad-ranging political demand is unrealistic, to say the least," she said.

Kisluk recalled only two cases in which art was stolen and political demands were made. In 1974, a number of famous paintings including works by Johannes Vermeer and Francisco de Goya were stolen from a private collection in Britain. She said the Irish Republican Army demanded a large sum of money and the release of political prisoners in exchange for the works. The works were later found and most of those involved were apprehended, she said.

In the other case, Edvard Munch's "The Scream" was stolen from Norway's National Gallery in Oslo on the opening day of the 1994 Winter Olympics. Five days later, a Norwegian anti-abortion activist hinted that the painting might be returned if the national television station agreed to broadcast an anti-abortion film. Later that year, the painting was recovered — and it turned out the abortion opponent was not involved in the theft.

The Jewish Museum has offered a $25,000 reward for information leading to the recovery of the painting.