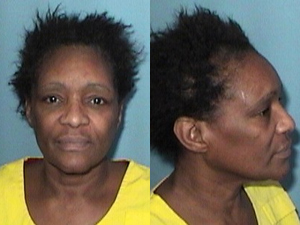 (CBS) CHICAGO - Shermain Miles, a woman who has been arrested 396 times since 1978, has been released from an Illinois prison after serving almost one year for her latest conviction, assaulting Alderman James Cappleman two summers ago in Uptown, reports the Chicago Sun-Times.truncate

Miles, 52, told the paper following her release from Logan Correctional Center in Downstate Lincoln, that she has permanently given up booze, drugs and her old friends in an effort to get back on track.

"I'm just not going to go back around there," Miles told the paper. "I can love [my friends] from a distance. Anybody that's drugging, I can't be around."

She was reportedly headed to Humboldt Park, a second-chance residential home for ex-inmates, according to the paper.

"I'm really not that bad a person," Miles reportedly said. "It was the alcohol I was drinking that turned me into a monster."

Adam Monreal, chair of the Illinois Prisoner Review Board, has reportedly met with Miles several times - trying to find a way to break the cycle, according to the paper.

Monreal reportedly said he's optimistic that Miles will make it this time.

"Life is a continuing battle," he told the paper. "Hopefully, she's seen the light and is tired of being incarcerated. . . . She's indicated she's willing to change her behavior."

Cappleman, Miles' victim in August 2012, told the paper he hopes she gets the help she needs.

"You cannot hang around the same places, with the same people, doing the same thing - that will trigger a relapse," Cappleman said.

Here's hoping the 396th time will be the charm.