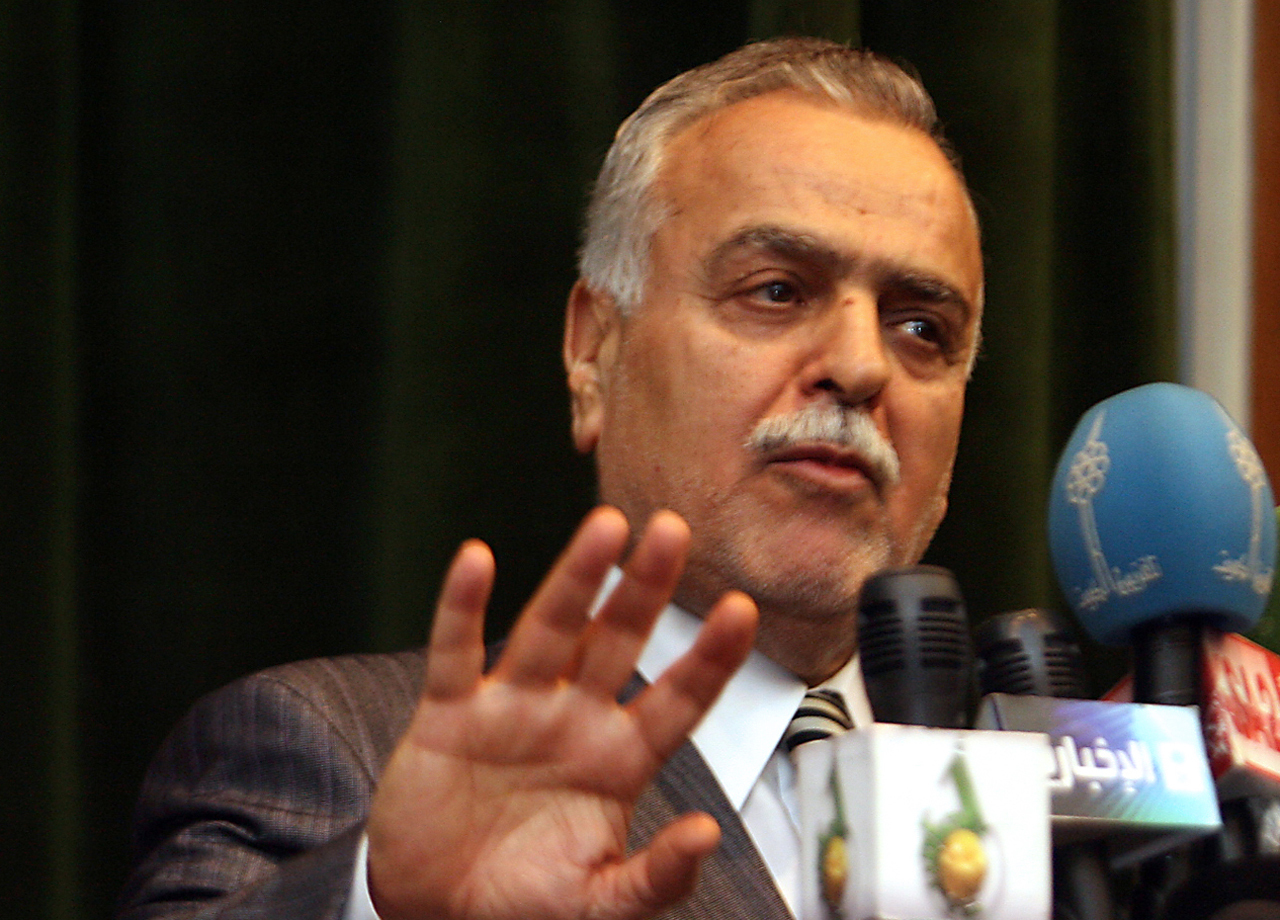 The move, a day after the last U.S. troops left Iraq and ended the nearly nine-year war, signaled a sharp new escalation in sectarian tensions that drove Iraq to the brink of civil war just a few years ago.

Interior Ministry spokesman Adil Daham told reporters about the warrant on Monday and state-run television aired what it characterized as confessions by alleged terrorists linked to al-Hashemi.

Since the 2003 U.S.-led invasion that toppled Saddam Hussein and his Sunni-dominated Baath party regime, the Sunni minority has constantly complained of attempts by the Shiite majority to sideline them.

Al-Hashemi is one of the leaders of the Sunni-backed political bloc Iraqiya, which has just suspended its participation in parliament to protest the control of key posts by Shiite Prime Minister Nouri al-Maliki.

The boycott decision by Iraqiya, headed by Ayad Allawi, was in response to the government's failure to share more powers, particularly the authorities over the security forces, said Sunni lawmaker Hamid al-Mutlaq, a member of the bloc.

Iraqiya narrowly won the most seats in last year's parliamentary election, but Allawi was outmaneuvered by al-Maliki, who kept the premier's post after cobbling together key support from Shiite parties.

For over a year now, al-Maliki has effectively controlled the Interior and Defense Ministries, which oversee the police and military, while conflicts between Sunni and Shiite politicians have delayed the appointment of permanent ministers.

The dispute is a reminder that the U.S. left behind an Iraq still riven by sectarian division. The United States completed its withdrawal from the country, with the last troops crossing the border into neighboring Kuwait early Sunday.

Al-Mutlaq warned that Iraqiya could take a further step if its demands are not met — pulling its seven ministers out of al-Maliki's coalition government.

In a statement issued Saturday, Iraiqiya criticized the "unjustified" random arrests conducted by the government's security forces against Sunni areas.