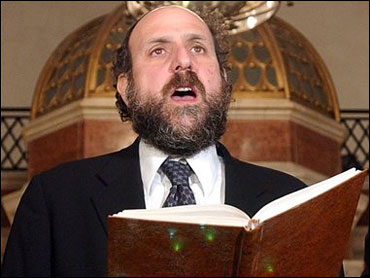 Police on Wednesday arrested a man suspected of attacking Poland's chief rabbi in late May, describing him as a 33-year-old tied to neo-Nazi groups who confessed to assaulting the Jewish leader.

The arrest comes nearly five weeks after Michael Schudrich, a New Yorker who became the nation's chief rabbi in 2004, was punched and attacked with what appeared to be pepper spray on a street in central Warsaw on May 27. Schudrich was not injured in the attack.

The suspect, identified only as Karol G. in keeping with Polish privacy laws, was arrested Wednesday morning outside his Warsaw home, and identified shortly after that by Schudrich in a police lineup, national police chief Marek Bienkowski said at a news conference.

"He confessed to the attack and was recognized by the victim," Bienkowski said.

Bienkowski said that the perpetrator has ties to "Nazi organizations" and has a history of soccer-related hooliganism, but refused to divulge more because of an ongoing investigation against him.

If convicted, the suspect, identified by police as a manual laborer, could face between three months and five years in prison, Bienkowski said.

Jacek Kedziora, an investigator from Warsaw police, said officers used video footage from the area where the attack took place and leads from witnesses to track down the suspect.

Schudrich said he was "very grateful" to police for the seriousness with which they treated the matter.

"They don't take this as just one incident, but as something that we have to be more vigilant against," he told The Associated Press. He added police are showing a strong determination to "make sure that everyone in Poland feels safe and is safe."