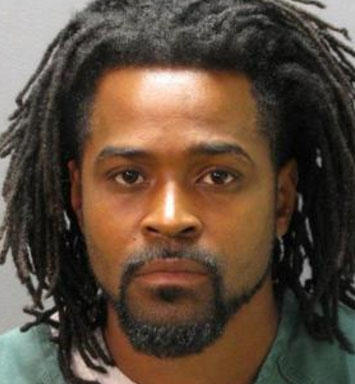 JACKSONVILLE, Fla. -- An arrest has been made in the accidental fatal shooting Saturday of a 5-year-old girl in an apartment complex here, reports CBS Jacksonville affiliate WJAX-TV.

Maurice Antonio Mobley, 34, has been charged with possession of a firearm by a convicted felon, according to the Jacksonville Sheriff’s Office.

The office said Mobley is the boyfriend of the mother of 5-year-old Serenity Allen, who police say was accidentally shot by her 8-year-old brother. A 4-year-old neighbor was also injured in the shooting.

After the shooting, the 8-year-old and 4-year-old boy ran to a neighbor for help.

Mobley turned himself in to the Jacksonville  sheriff’s headquarters Sunday and was placed under arrest. The office says he’s believed to be the person who brought the gun into the home.

The office says it will continue to meet with the State Attorney’s Office, the Florida Department of Children and Families, the Child Protection Team and the Medical Examiner’s Office to determine if there will be any additional charges against Mobley.