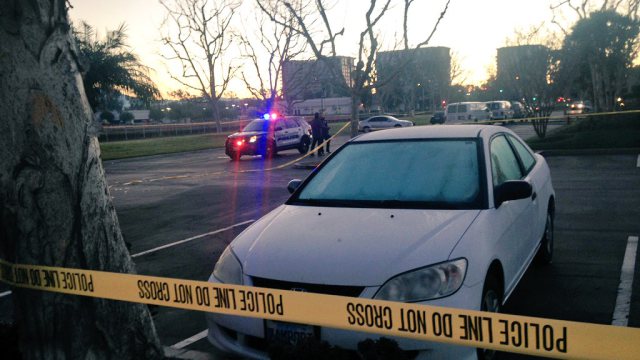 NEWPORT BEACH, Calif.-- A man was arrested Wednesday in connection with the murder of a 23-year-old woman who was found dead inside a business in Newport Beach.

The Orange County Coroner's Office has identified the victim as Sarai Alcaraz, of Long Beach. Her cause of death has not yet been determined. Nain Isaac Nieto Hernandez, 29, was taken into custody at his home in nearby Santa Ana.

Officers said Hernandez and Alcaraz had never met before.

Just after midnight on Tuesday, officers received a call regarding suspicious circumstances regarding the safety of a young woman who was last seen at the office building where she was found dead, police said.

The callers were concerned about the woman, who was last seen an hour or two earlier. They had searched for their colleague after she stopped responding to text messages and phone calls, but were unable to find her.

Detectives said they are currently investigating the incident as a homicide pending autopsy and toxicology reports from the coroner's office.

Police said it is not yet clear why both Hernandez and Alcaraz were inside of the business complex that night.