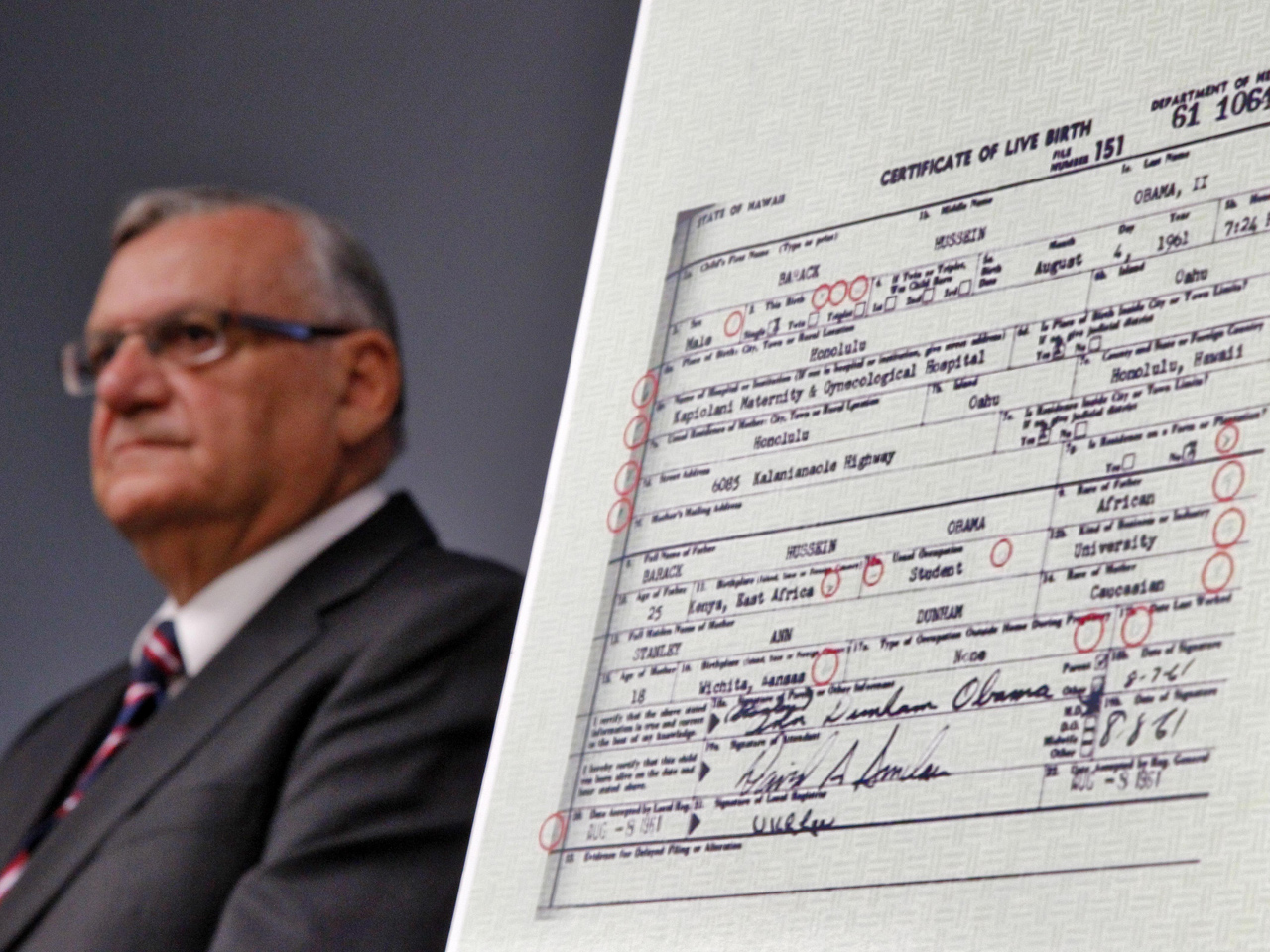 Members of Maricopa County Sheriff Joe Arpaio's posse said in March that there was probable cause that Obama's long-form birth certificate released by the White House in April 2011 was a computer-generated forgery.

Mike Zullo, the posse's chief investigator, said numeric codes on certain parts of the birth certificate indicate that those parts weren't filled out, yet those sections asking for the race of Obama's father and his field of work or study were completed.

"Considering the fact that Hawaii appears to be very lax in its distribution of birth certificates, it is possible, though certainly not proven, that President Obama, through the actions of others, may have benefited by the ease with which one can obtain a birth certificate proving U.S. citizenship," Zullo said, according to CBS affiliate KPHO in Phoenix.

The Obama campaign declined to comment on Arpaio's allegations.

When asked by a KPHO reporter how anyone could believe the sheriff's findings, Arpaio shot back.

"That's an insult," Arpaio said. "Look at the evidence and forget who's in bed with who. Talk about the evidence."

The Arizona Democratic Party says in a statement that Arpaio's investigation is intended to draw attention away from problems within his own agency, such as hundreds of sex-crimes cases that the sheriff's office failed to adequately investigate over a three-year period.

So-called "birthers" maintain Obama is ineligible to be president because, they contend, he was born in Kenya.

Obama released a copy of his long-form birth certificate in an attempt to quell citizenship questions.

Courts have rebuffed lawsuits over the issue.

Countries where the U.S. warns Americans may be wrongfully detained
Thanks for reading CBS NEWS.
Create your free account or log in
for more features.
View CBS News In
CBS News App Open
Chrome Safari Continue
Be the first to know
Get browser notifications for breaking news, live events, and exclusive reporting.