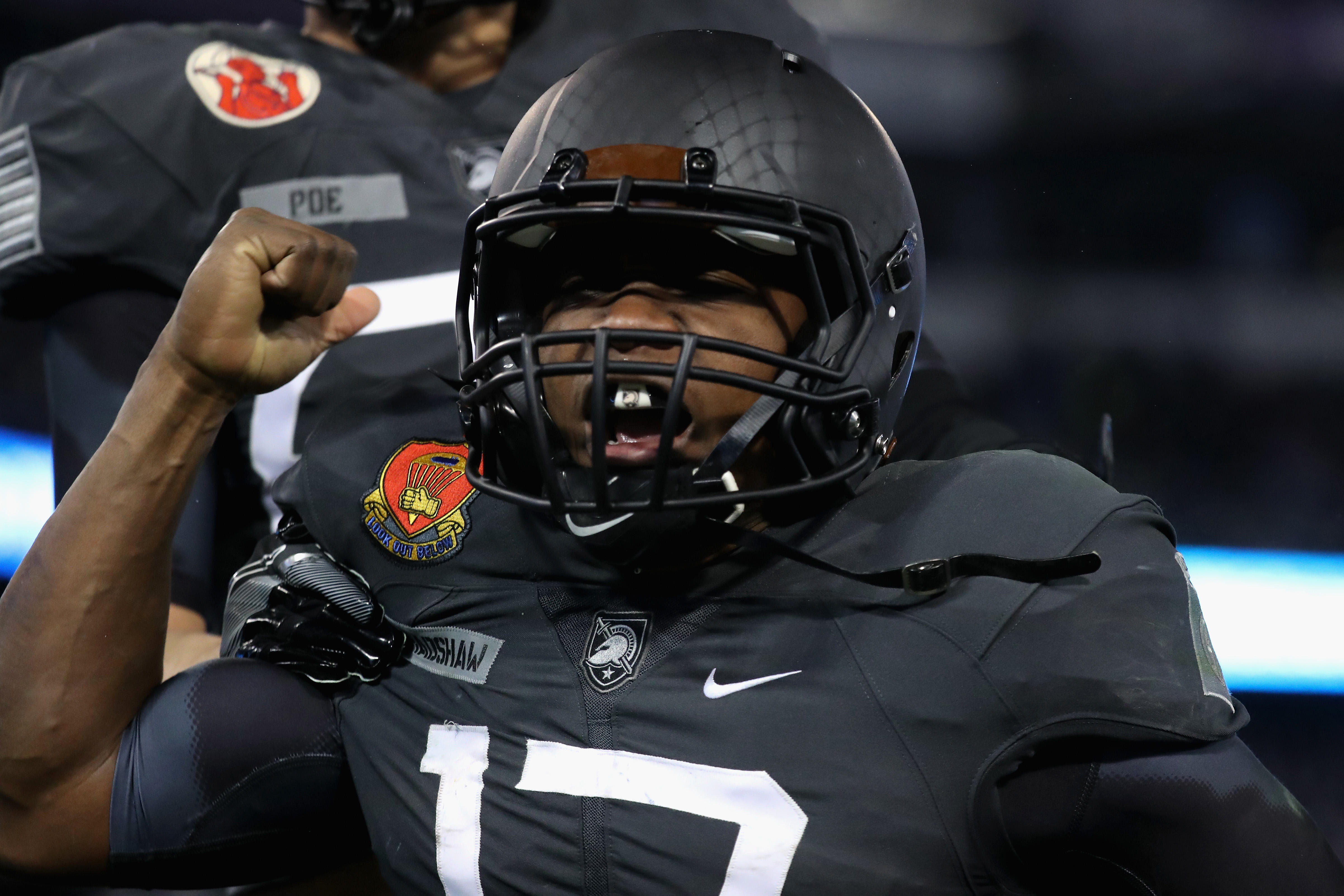 BALTIMORE -- Army’s excruciating 14-game losing streak to Navy came to an end on Saturday afternoon as the Black Knights earned a hard-fought 21-17 win over the Midshipmen, CBS Sports reports.

The Black Knights’ option attack gashed the Navy defense for 319 yards on the ground with Andy Davidson serving as a workhorse for Army with 28 carries for 87 yards and two touchdowns.

The Army defense locked down on the Navy’s attack, which struggled to consistently get going with third-string quarterback Zach Abey at the helm. The Midshipmen could only manage 201 yards of offense against Army -- 112 rushing and 89 passing. Forty-one of those yards came on a single play.

Turnovers were the reason the game was as close as it was as Army gave the ball away four times (though Navy had three turnovers of its own). But the Black Knights’ offense was able to overcome fumble issues and avoid further miscues -- they did not commit a single penalty in the game -- to lock up the victory

While Army dominated for most of the game, including holding a 14-0 lead a the half, Navy did hold a brief fourth-quarter lead. The Midshipmen went up 17-14 on the Black Knights in the fourth quarter after a tremendous 41-yard touchdown run from Abey -- the longest play of the day on either side.

However, QB Ahmad Bradshaw led the Black Knights down the field to score the game-winning touchdown on a nine-yard touchdown run with six minutes to play. With that, Army beat Navy for the first time since 2001.

And the celebration was on.