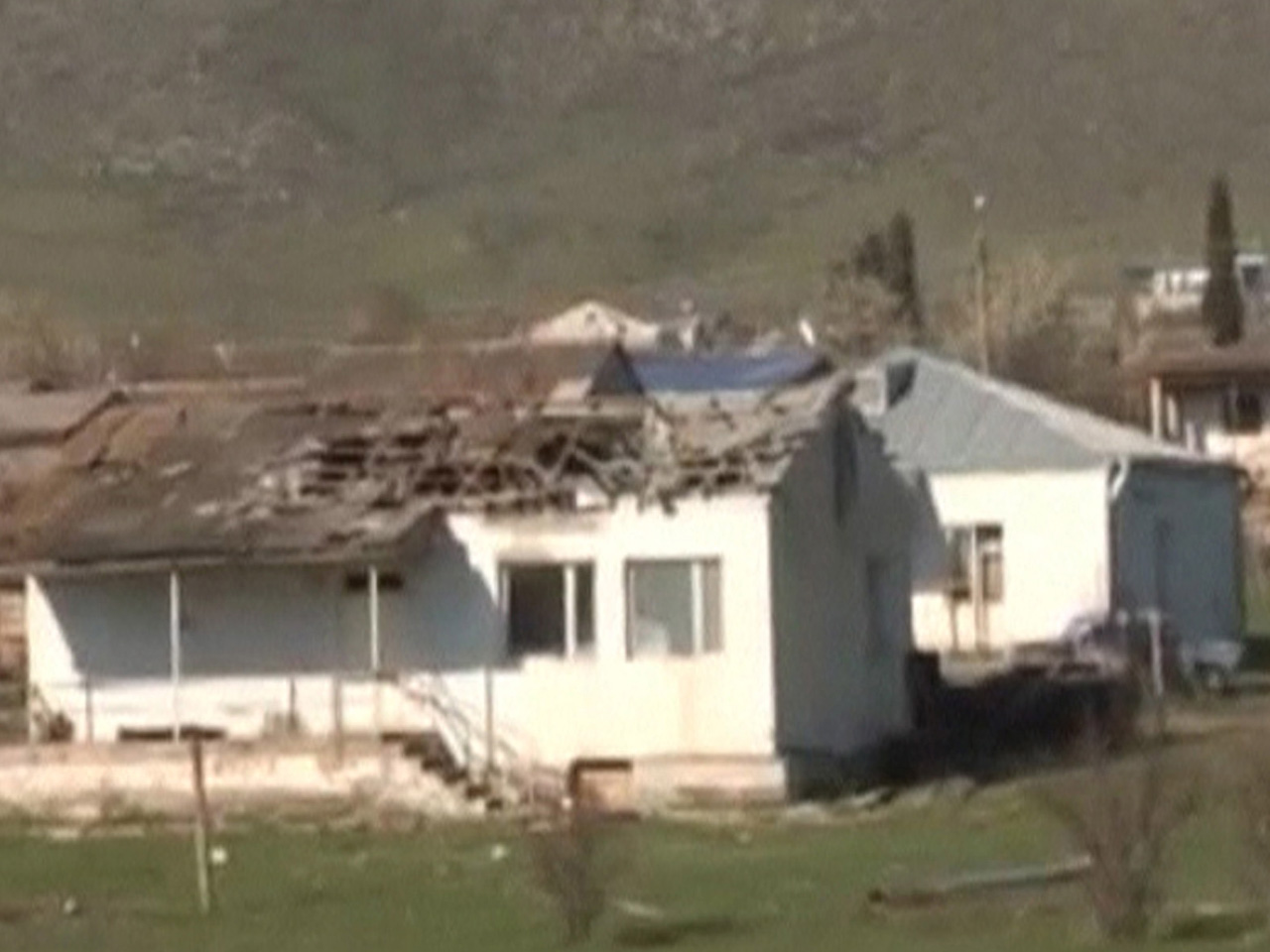 BAKU, Azerbaijan - At least 30 soldiers and a boy were reported killed as heavy fighting erupted Saturday between Armenian and Azerbaijani forces over the separatist region of Nagorno-Karabakh.

The fighting was the worst outbreak since a full-scale war over the region ended in 1994. Since then, mountainous Nagorno-Karabakh - officially part of Azerbaijan - has been under the control of local ethnic Armenian forces and the Armenian military.

Armenian forces also occupy several areas outside Nagorno-Karabakh proper. The sides are separated by a demilitarized buffer zone, but small clashes have broken out frequently.

Each side blamed the other for Saturday's escalation.

In a statement, Azerbaijan's Defense Ministry said 12 of its soldiers "became shahids" - Muslim martyrs - and said one of its helicopters was shot down.

The statement also claimed that more than 100 Armenian forces were killed or wounded and that six tanks and 15 artillery positions were destroyed.

Armenia earlier claimed to have inflicted heavy damage on Azerbaijani forces, but did not immediately give figures. A statement from the Nagorno-Karabakh defense ministry claimed more than 200 Azerbaijani soldiers were killed, but there was no corroboration for that figure.

"This is the most wide-scale military action that Azerbaijan has tried to carry out since the establishment of the 1994 cease-fire regime," Sargsyan said.

David Babayan, a spokesman for Nagorno-Karabakh's separatist president, said a boy of about 12 was killed and two other children were wounded in a Grad missile barrage by Azerbaijani forces.

"The situation along the entire length of the line of opposition between Karabakhi and Azerbaijani armed forces continues to be extremely difficult," Armenian defense ministry spokesman Artsrun Hovhannisyan told The Associated Press.

U.S. Secretary of State John Kerry issued a statement saying that the United States "condemns in the strongest terms the large scale ceasefire violations" along the Nagorno-Karabakh buffer zone.

"We urge the sides to show restraint, avoid further escalation, and strictly adhere to the ceasefire," Kerry said. He called on both sides to enter into "immediate negotiations" on a comprehensive settlement of the conflict under the auspices of the Organization for Security and Cooperation in Europe.

Years of negotiations under the OSCE have brought little progress in resolving the territorial dispute.

The negotiation efforts are led by a troika of envoys from the United States, Russia and France. On Saturday, the envoys jointly issued a statement calling on the sides "to stop shooting and take all necessary means to stabilize the situation on the ground."

The Armenian Defense Ministry said Azerbaijan used aircraft, tanks and artillery to try to make inroads into Nagorno-Karabkh and that "Azerbaijani authorities bear all responsibility for the unprecedentedly supercharged situation."

The Azerbaijani Defense Ministry said the fighting began when Armenian forces fired mortars and large-caliber artillery shells across the front line. Ministry spokesman Vagif Dargyakhly told The Associated Press that more than 120 shots were fired, some of which hit civilian residential areas.