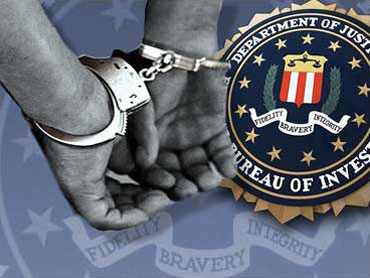 NEW YORK (CBS/AP) Armen Kazarian was part of a vast network of Armenian gangsters who, along with their associates, used phantom health care clinics and other means to try to cheat Medicare out of $163 million, the largest fraud by one criminal enterprise in the program's history, U.S. authorities said Wednesday.

Federal prosecutors in New York and elsewhere charged 73 people, including Kazarian who was arrested in Los Angeles.

Most of the defendants were captured during raids Wednesday morning in New York City and Los Angeles, but there were also arrests in New Mexico, Georgia and Ohio.

CBS News reports that more than 60 people were in custody as of Wednesday afternoon.

Unlike other cases involving crooked medical clinics bribing people to sign up for unneeded treatments, the operation was "completely notional," Janice Fedarcyk, head of the FBI's New York office, said in a statement. "The whole doctor-patient interaction was a mirage."

The operation was under the protection of an Armenian crime boss, known in the former Soviet Union as a "vor," prosecutors said. The reputed boss, Kazarian, was in custody in Los Angeles.

Bharara said it was the first time a vor - "the rough equivalent of a traditional godfather" - had been charged in a U.S. racketeering case.

Kazarian, 46, of Glendale, Calif., and two alleged ringleaders - Davit Mirzoyan, 34, also of Glendale, and Robert Terdjanian, 35, of Brooklyn - were named in an indictment unsealed in Manhattan.

Most of the defendants were to appear in court later Wednesday on charges including racketeering conspiracy, bank fraud, money laundering and identity theft.