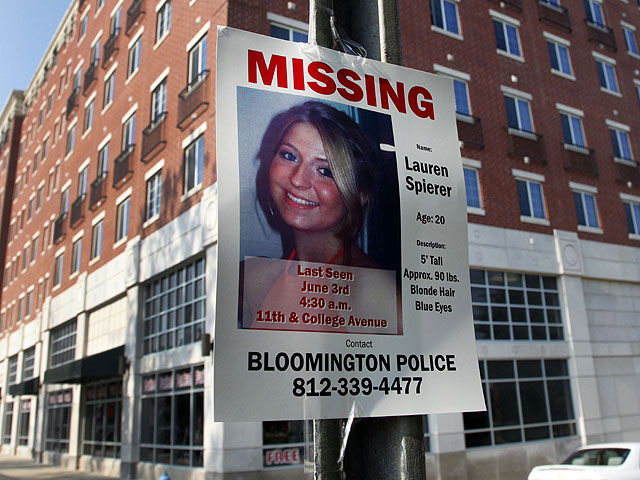 (CBS/AP) BLOOMINGTON, Ind. - Authorities say an armed man  recently found watching a bar where Indiana University student Lauren Spierer was seen shortly before her disappearance was given a mental evaluation at a hospital, and released.

Police Captain Joe Qualters said Friday that officers took the 56-year old man to a hospital for a 24-hour detention as allowed by law, and later were told that he had been released.

He says the hospital didn't provide any more information due to patient confidentiality.

The man told police he had been in the parking garage watching the Bloomington bar where Spierer partied with friends before she disappeared in June 2011. Police said Wednesday that the man had two loaded semi-automatic handguns in his pockets and a loaded shotgun in the trunk of his car when he was discovered Saturday. Officers said they 48 more weapons when they searched the man's Indianapolis home Sunday.

Police say the man made bizarre comments about Spierer's disappearance and claimed he met her once at a shooting range.