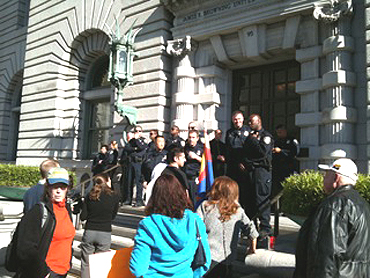 Tropical Storm Arlene brought a great deal of trepidation, but it did not pack the punch some had feared as it weakened to a tropical depression.

Arlene lost strength as it blew ashore on the Gulf Coast, but still packed enough punch that it brought sheets of rain, 20-foot waves and heavy wind to the same area that was devastated by Hurricane Ivan nine months ago.

The first named storm of the Atlantic hurricane season had threatened to strengthen to a hurricane but had sustained wind of only about 60 mph when it made landfall Saturday, just west of Pensacola.

Arlene came ashore a bit east of where Ivan hit with 120-mph wind on Sept. 16. Ivan, blamed for 29 deaths in Florida, was one of four hurricanes to batter Florida last summer in the space of weeks.

"This is nothing like the thing we had last year," said Kris Davis, a waitress at McGuire's Irish Pub in coastal Destin.

Initial damage reports were minimal. About 11,300 homes and businesses on the Gulf Coast were without power Saturday evening. A few Panhandle bridges were closed because of wind, and some flooding on Alabama's coastal highways was reported.

There were no immediate reports of deaths blamed on the storm Saturday, but one woman died Friday after being pulled from strong surf on Miami Beach, more than 500 miles southeast of the landfall point.

Arlene later weakened to a tropical depression with top sustained winds of 30 mph and was centered about 75 miles south of Tuscaloosa, Alabama. Meteorologists said flooding and up to 6 inches of rain was possible in the path of Arlene's remnants through the Mississippi River valley to parts of Indiana and Ohio, but all hurricane and tropical storm warnings were lifted.

Many feared that Arlene would set back the efforts to rebuild homes damaged by Ivan. Numerous homes in the region are still under repair, with flimsy plastic tarps still serving as roofing on many houses.

The hurricane season began June 1 and ends Nov. 30. Last year's first storm of the season, Alex, didn't form until Aug. 1, and two weeks later Florida was hit by four straight deadly hurricanes. Those storms caused about 130 deaths in the United States and billions of dollars in damage.

Arlene reached the coast far below the minimum hurricane level--74 mph. Still, some suffered from frayed nerves as the storm neared.

The hurricane season began June 1 and ends Nov. 30. Last year's first storm of the season, Alex, didn't form until Aug. 1. Two weeks later, Florida was hit by the first of four hurricanes in the space of a few weeks. They caused about 130 deaths in the U.S. and $22 billion in insured wind damage.