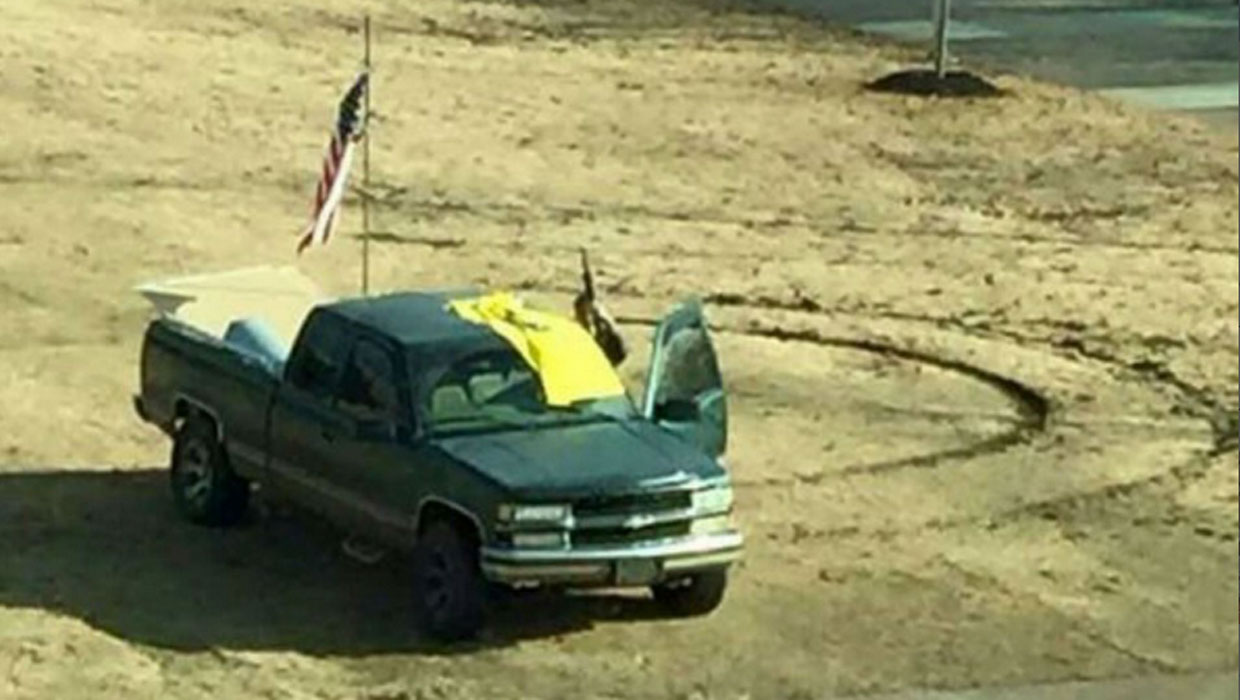 A man was taken into police custody Thursday after officials at Arkansas State University issued a campus-wide alert when he was spotted with a gun near the center of campus, according to Jonesboro, Ark., police.

Arkansas State University Police said the suspect drove onto the campus in Jonesboro with a gun visible, which led to the lockdown. Police identified the suspect as Brad Bartelt, reports CBS affiliate WREG. The station reports that Bartelt posted on his Facebook page Wednesday that he was suicidal and homicidal.

Police surrounded Bartelt and negotiators spoke with him before he was taken into custody.

No shots were fired and no one was injured, according to the school. It is not clear if he will face charges.

Arkansas state law allows concealed-carry permit holders to keep a gun in the trunk of a car parked on campus, but not to have one out in the open.

Arkansas State University policy bars students from having guns on campus, according to the student handbook.