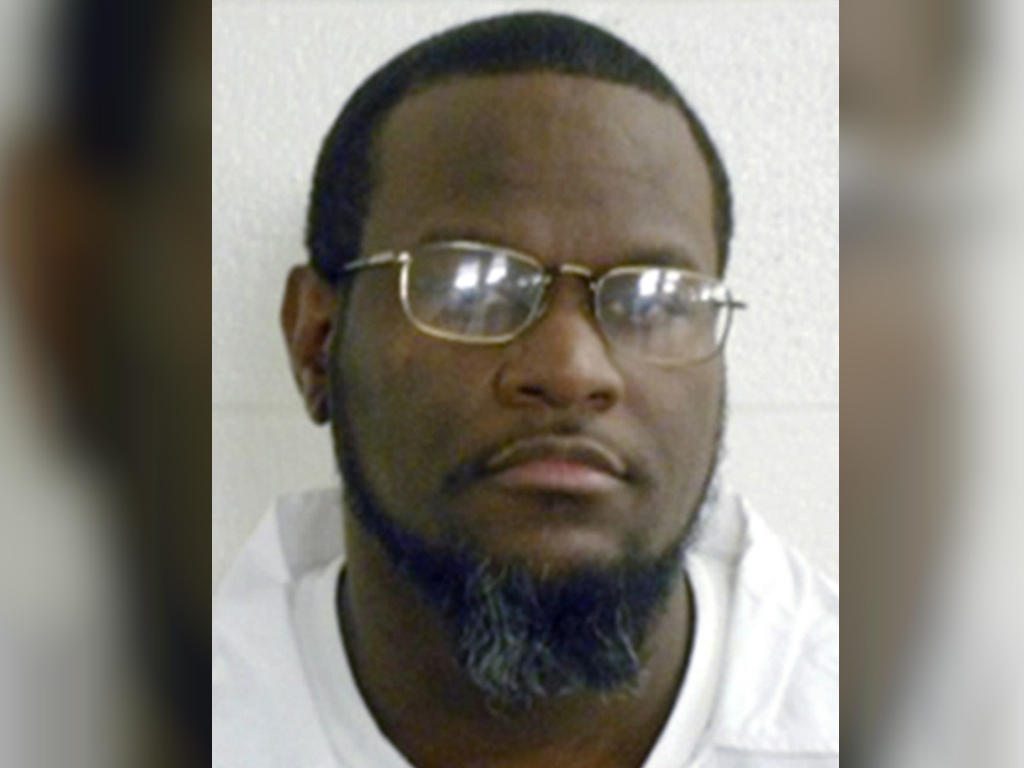 VARNER, Ark. -- Arkansas wrapped up an accelerated executions schedule with a lethal injection that left the condemned inmate lurching and convulsing before he died, prompting calls for investigations and renewed scrutiny of the state's efforts to put multiple inmates to death on a compressed timeline.

Kenneth Williams on Thursday became the fourth convicted killer executed in Arkansas in eight days as the state sought to carry out as many lethal injections as possible before one of its drugs expires Sunday.

An Associated Press reporter who witnessed the execution said that about three minutes in, Williams' body jerked 15 times in quick succession - lurching violently against the leather restraint across his chest - then the rate slowed for a final five movements.

J.R. Davis, a spokesman for Gov. Asa Hutchinson who did not witness the execution, called the movements "an involuntary muscular reaction" that he said was a widely known effect of the surgical sedative midazolam, the first of three drugs administered.

Williams' attorneys released a statement calling witness accounts "horrifying" and demanding an investigation into what they called the "problematic execution."

Arkansas had scheduled eight executions over an 11-day period before one of its lethal injection drugs expires on Sunday. That would have been the most in such a short time since the U.S. Supreme Court reinstated the death penalty in 1976, but courts issued stays for four of the inmates. The four lethal injections that were carried out included Monday's first double execution in the United States since 2000.

Williams read a prepared final statement before the execution began, apologizing to the families he "senselessly wronged and deprived of their loved ones." He also spoke in tongues, the unintelligible but language-like speech used in some religions. But his prayer faded off as the midazolam took effect. He said, "The words that I speak will forever be, will forever ..." before he fell silent.

The inmate breathed heavily through his nose until just after three minutes into his execution, when his chest leaped forward in a series of what seemed like involuntary movements. His right hand never clenched and his face remained what one media witness called "serene."

After the jerking, Williams breathed through his mouth and moaned or groaned once - during a consciousness check - until falling still seven minutes into the lethal injection.

A Friday morning tweet from the account of a Republican state Sen. Trent Garner, who witnessed the execution, said Williams did not "seem in pain. ... It was not cruel, unusual, botched or torture."

Williams was sentenced to death for killing a former deputy warden, Cecil Boren, after he escaped from prison in 1999. At the time of his escape in a 500-gallon barrel of hog slop, Williams was less than three weeks into a life term for the death of a college cheerleader.

"Any amount of movement he might have had was far less than any of his victims," said Jodie Efird, one of Boren's daughters, who witnessed the execution.

State officials have called Arkansas' string of executions a success, declaring justice served and "closure" for victims' families. Some concerns had been raised about Monday's execution of Jack Jones, whose mouth moved after attorneys said he should have been unconscious, though a federal judge determined it did not appear to be "torturous and inhumane."

All of the Arkansas inmates - including Williams - have died within 20 minutes of their executions beginning, a contrast from troubled midazolam-related executions in other states that took anywhere from 43 minutes to two hours. Though witnesses to those lengthier executions also described hearing inmates breathe heavily, snore or snort or seeing them struggle against their restraints.

"The long path of justice ended tonight and Arkansans can reflect on the last two weeks with confidence that our system of laws in this state has worked," Hutchinson said in a statement issued after Williams' execution.

Davis, the governor's spokesman, said later that he was sure Hutchinson would follow up "as he does with every execution," but that the governor was confident the Department of Correction "did what it was supposed to do."

Davis stood by his previous description of the state's executions as "flawless."

Dale Baich, an assistant federal public defender who witnessed a flawed 2014 Arizona execution that took two hours, said in an email early Friday that after reading media reports, "It appears from witness accounts that Mr. Williams was not fully sedated when the paralytic was administered.

"At a minimum, this was a deviation from the protocol."

Williams' lawyers had said he had sickle cell trait, lupus and brain damage, and argued the combined maladies could subject him to an exceptionally painful execution in violation of the U.S. Constitution. They argued Arkansas' "one size fits all" execution protocol could have left him in pain after a paralytic agent rendered him unable to move. State and federal courts rejected the claims.

Williams was sentenced to death for killing Boren after escaping from the Cummins Unit prison in a barrel holding a mishmash of kitchen scraps. He left the prison - where the execution chamber is located in another part of the facility - less than three weeks into a life prison term for killing University of Arkansas at Pine Bluff cheerleader Dominique Hurd in 1998. At the conclusion of that trial, he had taunted the young woman's family by turning to them after the sentence was announced and saying "You thought I was going to die, didn't you?"

After jumping from the barrel, he sneaked along a tree line until reaching Boren's house. He killed Boren, stole guns and Boren's truck and then drove away to Missouri. There, he crashed into a water-delivery truck, killing the driver. While in prison, he confessed to killing another person in 1998.

At the time of Boren's death, investigators said it did not appear Boren was targeted because of his former employment by the Arkansas Department of Correction.

After spending years in prison, Williams said he turned a page in his life, becoming an ordained minister to help other death row inmates, CBS Little Rock affiliate KTHV reports. At his clemency hearing, he told the board he wasn't afraid to die.

"God has forgiven me, shows me his love towards us all," he said. "I can't undo what's been done. If I could, I would. Even if it meant my very life."