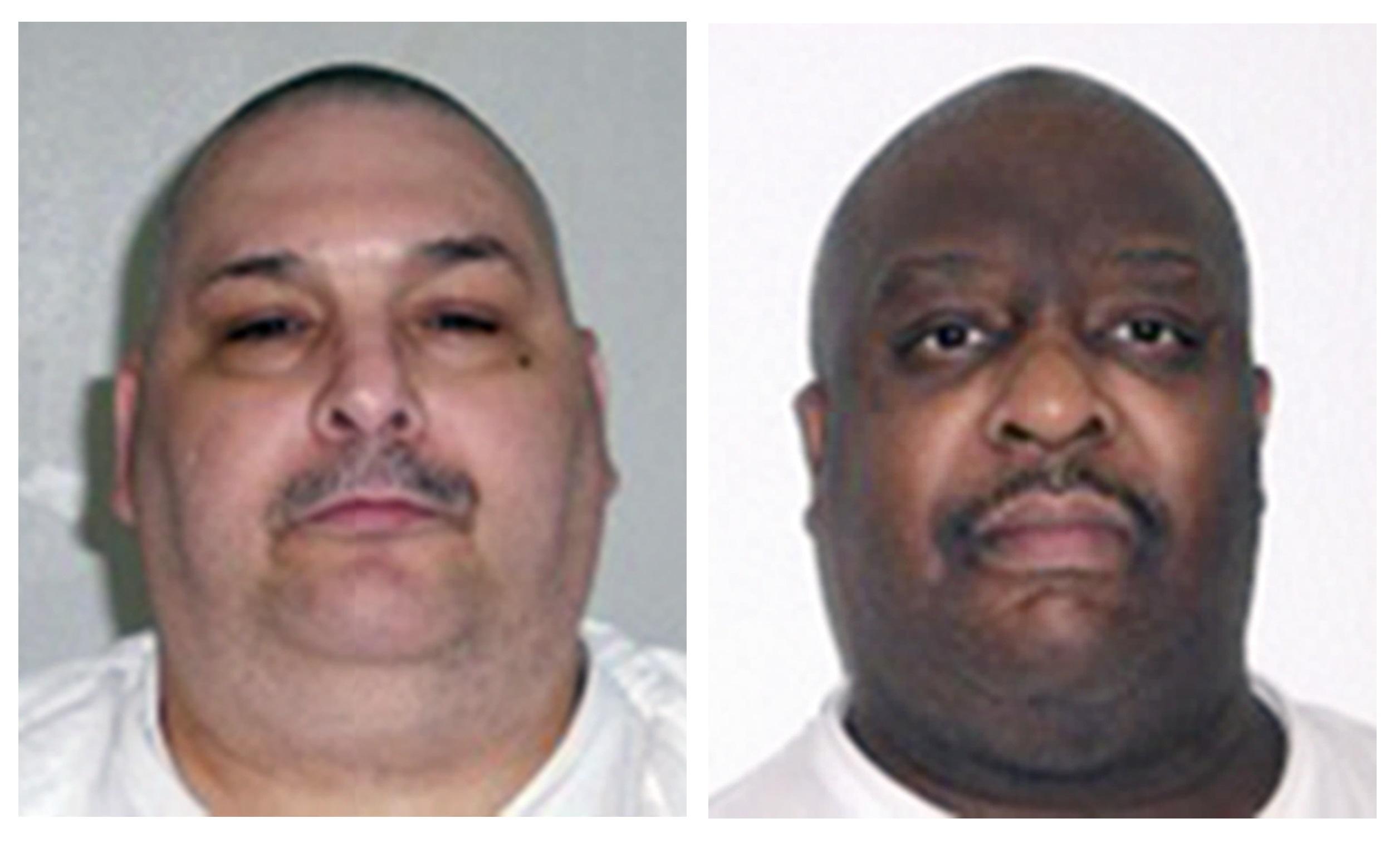 While the first inmate, Jack Jones, was executed on schedule, shortly after 7 p.m., attorneys for the second, Marcel Williams, convinced a federal judge minutes later to briefly delay his punishment over concerns about how the earlier one was carried out. They claimed Jones gasped for air, an account the state’s attorney general denied, but the judge lifted her stay about an hour later and Williams was pronounced dead at 10:33 p.m.

The state conducted its first execution last week after a nearly 12-year hiatus. Initially, Gov. Asa Hutchinson scheduled four double executions over an 11-day period in April. The eight executions would have been the most by a state in such a compressed period since the U.S. Supreme Court reinstated the death penalty in 1976. The state said the executions needed to be carried out before its supply of midazolam, one lethal injection drug, expires on April 30.

The first three executions were canceled because of court decisions, then inmate Ledell Lee was executed last week.

Williams’ “morbid obesity makes it likely that either the IV line cannot be placed or that it will be placed in error, thus causing substantial damage (like a collapsed lung),” his attorneys wrote in an earlier court filing asking justices to block the execution.

In recent pleadings before state and federal courts, the inmates said the three drugs Arkansas uses to execute prisoners -- midazolam, vecuronium bromide and potassium chloride -- could be ineffective because of their poor health.

Jones, 52, lost a leg to diabetes and was on insulin. Williams, 46, weighs 400 pounds, is diabetic and has concerns that the execution team might not be able to find a suitable vein to support an intravenous line.

The poor health of both men, their lawyers claimed, could make it difficult for them to respond during a consciousness check following a megadose of midazolam. The state shouldn’t risk giving them drugs to stop their lungs and hearts if they aren’t unconscious, they have told courts.

The last state to put more than one inmate to death on the same day was Texas, which executed two killers in August 2000. Oklahoma planned a double execution in 2014 but scrapped plans for the second one after the execution of Clayton Lockett went awry.

Arkansas executed four men in an eight-day period in 1960. The only quicker pace included quadruple executions in 1926 and 1930.

Williams was sent to death row for the 1994 rape and killing of 22-year-old Stacy Errickson, whom he kidnapped from a gas station in central Arkansas.

Authorities said Williams abducted and raped two other women in the days before he was arrested in Errickson’s death. Williams admitted responsibility to the state Parole Board last month.

“I wish I could take it back, but I can’t,” Williams told the board.

Williams’ eighth grade teacher, Suzanne Ritchie, tells CBS Little Rock affiliate KTVH-TV she remembers him as a skinny 14-year-old with a “big smile and desperate eyes.” In his youth, Williams was both abused and neglected by his mother, the station says.

Three lawmen who helped to convict Jones can still recall the vivid details two decades after the 1995 rape and murder of 34-year-old Mary Phillips and brutal assault of her daughter Lacy, they told KTVH.

“I was doing the photographs and at the time I thought that [Lacy] was deceased,” recalled Bill Lindsey, a former chief investigator for the White County Sheriff’s Office. “That’s what I had been told and then when I took the picture, with the flash, I saw her look up with that one eye.”

Lacy was found in a closet tied to a chair, covered in blood. She helped investigators to identify Jones and later help convict him during the trial.

In a letter earlier this month, Jones said he was ready to be killed by the state. The letter, which his attorney read aloud at his clemency hearing, went on to say: “I shall not ask to be forgiven, for I haven’t the right.”

Including Jones and Williams, nine people have been executed in the United States this year, four in Texas, three in Arkansas and one each in Missouri and Virginia. Last year, 20 people were executed, down from 98 in 1999 and the lowest number since 14 in 1991, according to the Death Penalty Information Center.