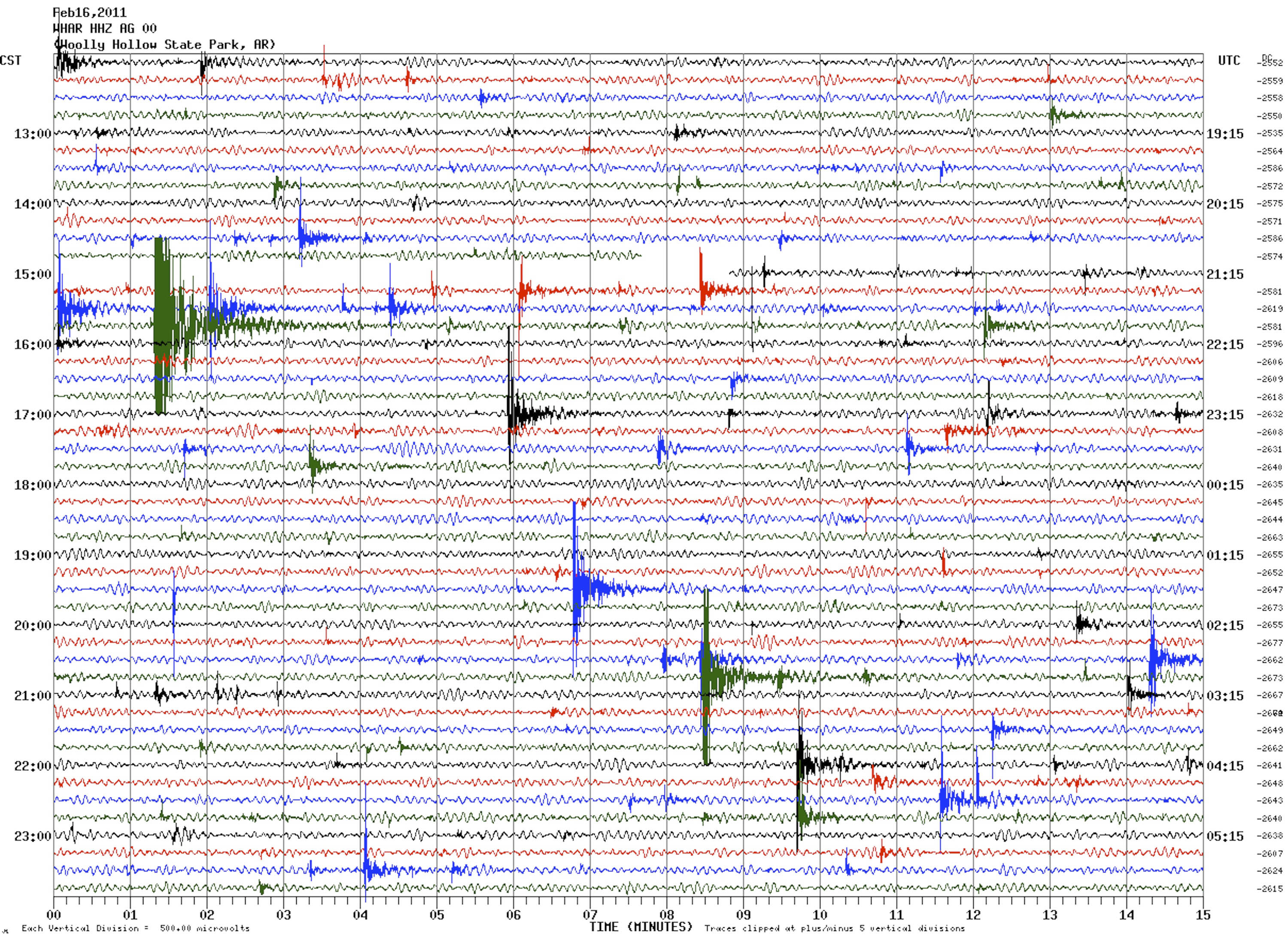 GREENBRIER, Ark. - The central Arkansas town of Greenbrier has been plagued for months by hundreds of small earthquakes, and after being woken up by the largest quake to hit the state in 35 years, residents said Monday they're unsettled by the increasing severity and lack of warning.

The U.S. Geological Survey recorded the quake at 11 p.m. Sunday, centered just northeast of Greenbrier, about 40 miles north of Little Rock. It was the largest of more than 800 quakes to strike the area since September in what is now being called the Guy-Greenbrier earthquake swarm.

The activity has garnered national attention and researchers are studying whether there's a possible connection to the region's natural gas drilling industry.

More on gas drilling from "60 Minutes"

The earthquake activity varies each week, though as many as nearly two dozen small quakes have occurred in a day.

"You don't know what to expect. It's unnerving," said Corinne Tarkington, an employee at a local flower and gift shop. "I woke up last night to the sound of my house shaking."

What woke Tarkington was a magnitude 4.7 earthquake that was also felt in Oklahoma, Missouri, Tennessee and Mississippi. No injuries or major damage have been reported, but the escalation in the severity of quakes in and around the small north-central Arkansas town has many residents on edge. Some said they're seeing gradual damage to their homes, such as cracks in walls and driveways.

"We probably had 40 to 50 calls last night," Greenbrier police Sgt. Rick Woody said, noting that the tone of the calls had changed. After pervious quakes, most callers simply wanted to find out if a loud noise they'd heard was an earthquake, he said.

"The fear had calmed down until last night," Woody said Monday. "People's biggest concerns (now) are whether or not these earthquakes are going to get any bigger."

Scott Ausbrooks, seismologist for the Arkansas Geological Survey, said Sunday's record quake was at the "max end" of what scientists expect to happen, basing that judgment on this swarm and others in the past. It's possible that a quake ranging from magnitude 5.0 to 5.5 could occur, but anything greater than that is highly unlikely, he said.

Ausbrooks said he plans to hold a town hall meeting in Greenbrier next month to address people's concerns.

"This quake actually scared folks," he said. "It lasted longer than a lot of the others did."

Ausbrooks said scientists continue to study whether there may be a connection between the earthquakes and local injection wells, where the natural gas industry pumps waste water that can no longer be used by drillers for hydraulic fracturing. Fracturing, or "fracking," involves injecting pressurized water to create fractures deep in the ground to help free the gas.

Geologists don't believe the fracturing is the problem, but possibly the injection wells.

A major source of the state's natural gas is the Fayetteville Shale, an organically-rich rock formation in north-central Arkansas. A six-month moratorium was established in January on new injection wells in the area to allow time to study the relationship — if any — between the wells and the earthquakes.

In Greenbrier, many residents are starting to notice gradual damage. Tarkington said her house has started to show cracks in ceilings and walls.

"You can see the wear and tear on our houses," she said. "I wish they'd go away."

Taylor Farrell, 29, a Greenbrier resident and employee at a local flea market, said a large crack formed in her driveway several months ago, and as the earthquakes continue, the crack has spread into her garage.

She said she and her husband had removed everything from the walls of their house, including family photos and television sets, because many photos had fallen in recent quakes.

"Other than that, there's really not much more you can do," she said. "It's Mother Earth. It's going to do what it's going to do. All we can do is wait for the big one and hope and pray it doesn't happen."