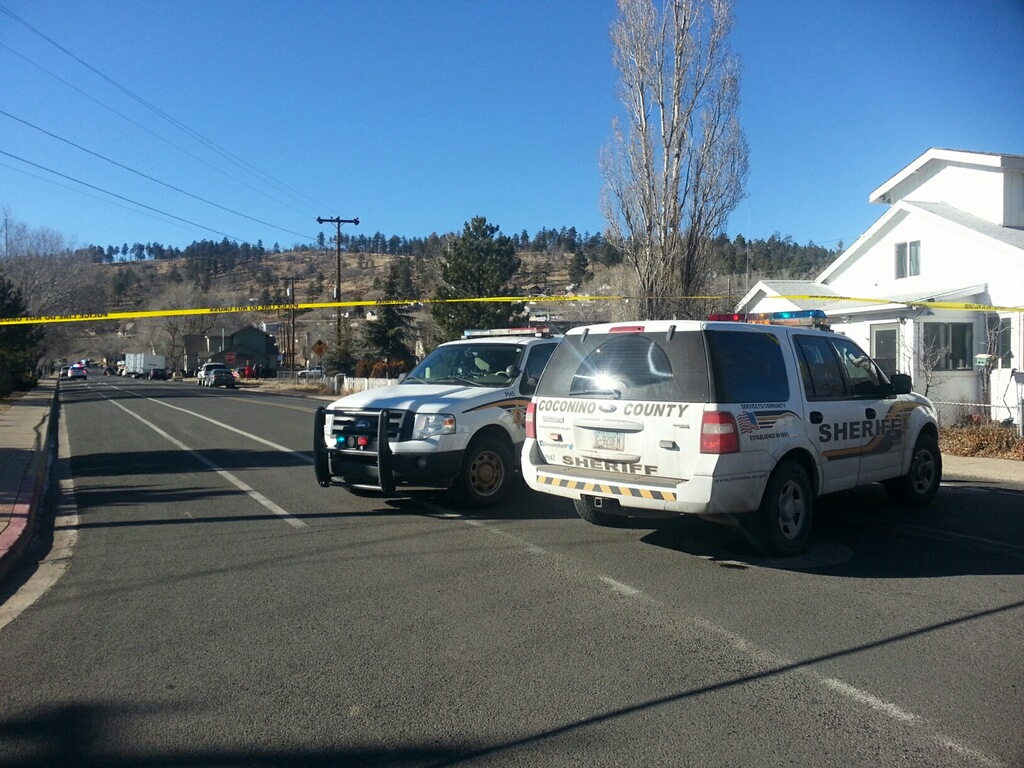 FLAGSTAFF, Ariz. -- Police say a 24-year-old rookie police officer was killed Saturday after being shot by a domestic violence suspect, who then killed himself.

Flagstaff Police Sgt. Margaret Bentzen said the shooting took place in a residential area around 1 p.m. as officers were searching for a male suspect in a domestic violence incident that had occurred earlier in the day.

"Preliminary information indicates the subject shot at the Officer multiple times, and then shot himself," Bentzen said.

Officer Tyler Jacob Stewart, who had been with the department less than a year, was shot in the face. He was transported in critical condition to Flagstaff Medical Center, where he later died.

Bentzen identified the suspect as Robert W. Smith, 28, of Prescott.

"This is an enormous tragedy for our department and the family of our Officer," Flagstaff police chief Kevin Treadway said in a statement. "We are a very close-knit organization, and know that all members of the Flagstaff Police Department are grieving at this time."

"It is heartbreaking to lose one of our officers," Mayor Jerry Nabours said. "We collectively mourn for his family and the entire department."